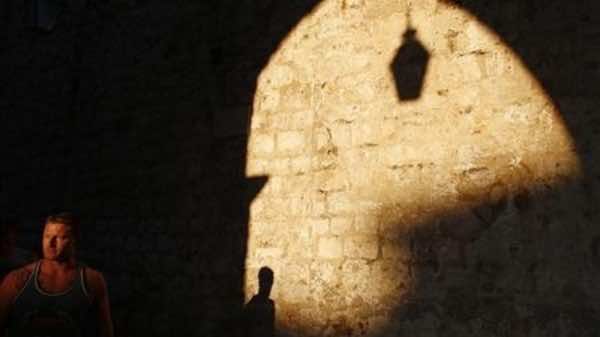 Some 20,000 Muslims from Croatia and abroad gathered in the Adriatic port city of Rijeka on Saturday to inaugurate an Islamic center and the third mosque in the staunchly Catholic country.

“Multiculturalism and diversity are among basic values on which the European Union is built,” the head of EU delegation here, Paul Vandoren, said, a reminder that Croatia was set to join the bloc on July 1.

Muslims make only some 1.5 percent of Croatia’s 4.2 million inhabitants. Almost 87 percent of the population are Roman Catholics.

“Building of this mosque was crucial for me because my daughter will go to kindergarten here,” Sadmir Kukuruzovic, a 27-year-old truck driver from Rijeka, told AFP.

The Islamic centre consists of a large silver mosque with a 23-meter high minaret on a hill overseeing Kvarner bay, and also a kindergarten, school, library and clinic.

It was largely financed from the donations of Qatar’s emir Sheikh Hamad bin Khalifa al-Thani. The project was estimated to have cost about 10 million euros ($13 million).

“Croatia, which tomorrow will enter the Europan Union, could serve as an example of integration of Muslims in Europe,” the 47-year-old baker said.

Construction of the center, designed by a prominent Croatian, the late Dusan Dzamonja, began in October 2009 although the initial idea was launched back in 1968.

Qatari Minister of Endowments and Islamic Affairs Ghaith bin Mubarak Al-Kuwari and a number of Croatia’s top officials and Catholic church representatives attended the ceremony, as well as the top Muslim clerics from the region and several European countries.

“For Muslims Croatia is good place to live in and could serve as an example to other European countries,” said the Muslim member of neighboring Bosnia’s tripartite presidency, Bakir Izetbegovic.

“Today’s event sends good signals to the whole world and notably to the region” of the Balkans, ravaged by inter-ethnic wars in the 1990s, he said.

The mosque in Rijeka is the third one built in Croatia. The biggest mosque is in the capital Zagreb, while the eastern town of Gunja, on the border with Bosnia, hosts another one.