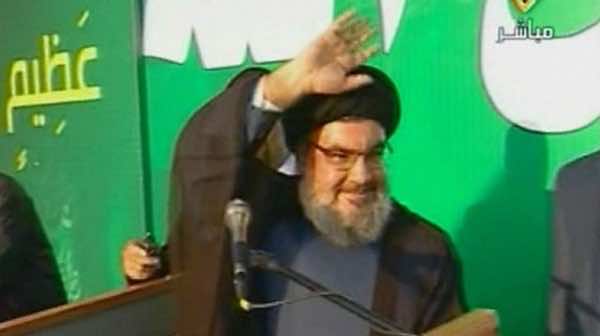 FSA spokesman Louay Meqdad told Al Arabiya that “witnesses on the ground have reported that this gas has been used.”

Meqdad said that the FSA is still “investigating the reports” before it makes any official announcements.

However, the FSA spokesman said cases of suffocation have been reported, with several residents of Qusayr showing symptoms suggesting that mustard gas has been used.

Recent reports have shown that heavy clashes between Hezbollah and the FSA have killed at least nine people, Al Arabiya cited reports by opposition activists as saying.

Hezbollah regularly denies that it has sent guerrillas to fight alongside Syrian President Bashar al-Assad in his war against the opposition.

However, Hezbollah has held regular funerals for fighters who were killed in clashes inside Syria. Hezbollah said that the group’s fighters are local Shiite residents of Lebanese villages on the border with Syria and were carrying out ‘jihadist duties’ to defend their territory.

In reference to why Hezbollah may be on the ground in Syria, the group’s chief Hassan Nasrallah has previously said his fighters have a duty to protect the holy Shiite shrine of Sayida Zeinab in southern Damascus.

Meqdad told Al Arabiya that Shiites and the shrine of Sayida Zeinab have existed in Syria for hundreds of years without needing Hezbollah’s protection.

“No one tasked Hezbollah, Iran or Assad to protect the Shiite shrine. Hezbollah is using these sectarian excuses to drag Lebanese youth into the Syrian conflict,” Meqdad said.