Morocco World News
Home Highlights on Morocco Report calls Morocco “partly free” and among the most advanced in the... 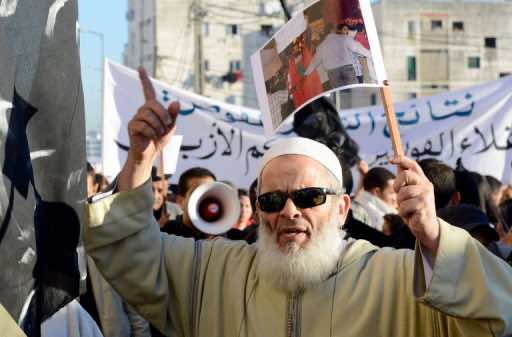 Despite the significant strides made by Morocco in the promotion of democracy and human rights during the reign of King Mohammed VI, Morocco still has many miles ahead.

The Freedom House, a non-profit organization that conducts research on democracy, advocacy, political freedom and human rights, assesses each country’s degree of political freedom and civil liberty. The annual report focuses heavily on freedom of the press, freedom of the Internet, public access to information and level of intimidation and violence against journalists.

Morocco, as part of the Middle East and North Africa category, is among the six Arab countries deemed by the report as “partly free”;Tunisia, Libya, Egypt, Lebanon and Kuwait. Algeria, Mauritania, Saudi Arabia, the United Arab Emirates, Oman, Sudan, Yemen, Qatar, Iraq, Syria and Jordon are regarded as “not free” due to their notable decline of freedom of the press and expression, freedom of assembly and the rights of non-governmental organizations and equal protection under the law.

The Freedom House report defines a “not free” country as “one where basic political rights are absent, and basic civil liberties are widely and systematically denied.”

The report notes that overall, more countries showed decline rather than gains in 2012 in political rights and civil liberties, because countries with remarkable declines outnumbered those with gains. Morocco is regarded as a country with limited respect for political rights and civil liberties and an environment of corruption and weak rule of law.

While the report hailed freedom of the press when reporting on economic and social policies, it criticized press censorship regarding critical issues such as the Sahara, the monarchy and Islam, which are redlines for critical journalists. The independence of the judiciary was one of the most urgent demands of the 20 February protest movement, yet “courts are regularly used to punish opponents of the government,” says the report.

Regarding gender equality, the report recognizes Morocco’s progressive view in this respect since gender equality is recognized in the 2011 constitution. Also, “The 2004 family code has been lauded for granting women increased rights in the areas of marriage, divorce, and child custody, and various other laws aim to protect women’s interests,” the report notes.

Freedom House annual reports are widely considered as reliable sources for information on political freedoms and civil liberties in the world. However, some critics are skeptical about these reports and see them as biased and promoting the U.S. government’s interests abroad.