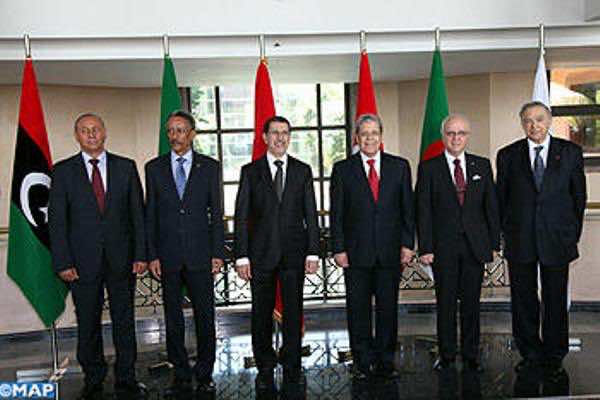 Foreign ministers of the five Arab Maghreb (UMA) countries agreed to draft a common vision for dialogue with the European Union. 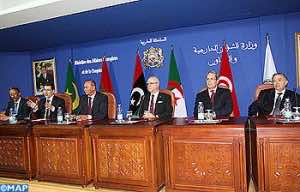 The foreign ministers of Algeria, Libya, Mauritania, Morocco and Tunisia who held this Sunday in Rabat the 31st session of the UMA foreign ministers council decided to set up a coordination mechanism between the five countries’ ambassadors in Brussels to intensify dialogue, exchange of views and evaluation of the EU stances, said Moroccan minister of foreign affairs and cooperation, Saad Dine El Otmani, in a press conference in the presence of his Maghreban peers and secretary general of the UMA.

The foreign ministers looked into security issues, said El Otmani, recalling that an ad hoc commission set up during the latest home ministers of the five countries will hold its first meeting in Morocco. 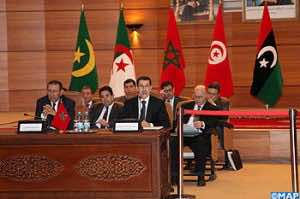 The foreign ministers of Algeria, Libya, Mauritania, Morocco and Tunisia also condemned Israel’s continuous abuses in the occupied Arab territories, hailing the role of HM King Mohammed VI, chairman of Al Quds committee -an offshoot of the Organization of Islamic cooperation, to defend the Palestinian cause and support the resistance of Al Quds population.

The 31st session further insisted on the crucial need for economic integration in the region and stressed the importance of joining efforts to face the security challenges posed by the terrorism and illicit traffics entailed by the crisis in Mali and the Sahel-Sahara region.

Founded in 1989 in Marrakesh, the UMA aims to gradually reach free movement of goods, people and capital and draft a common policy in all fields between the five countries.