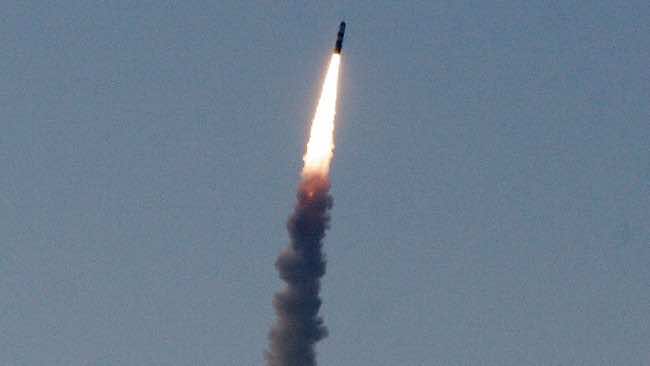 A French test of an M51 submarine-launched ballistic missile failed on Sunday as it self-destructed off the coast of Brittany, officials said.

“It was a failure, the reasons will be determined by an investigation,” said Lieutenant Commander Lionel Delort, a spokesman for the Atlantic Naval Prefecture.

He said the missile “self-destructed during its first propulsion phase… for an unknown reason.”

The missile was test fired, without a nuclear warhead, from the Vigilant — a strategic nuclear submarine — from the Bay of Audierne at 0730 GMT and had been due to go down in the isolated north Atlantic.

The defence ministry said in a statement that it “was destroyed shortly after launch, over the ocean,” without providing further details.

Delort said the area had been cleared of vessels and aircraft prior to the launch and that debris from the missile — which fell about 25 kilometres (15 miles) from the coast — would be collected for analysis.

Witnesses told AFP they heard a loud explosion and saw trails of smoke when the missile test failed.

“We saw flashes in the sky, I thought it was a plane exploding,” Claude Jean, a resident of Cap Sizun on the northern end of the bay, told AFP.

France is estimated to have a stockpile of about 300 nuclear warheads, the majority of them designed for launching from its four Triomphant-class submarines. The remainder are designed for delivery from both land- and carrier-based aircraft.