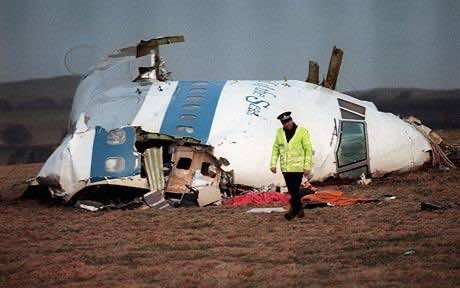 A Libyan court on Monday postponed its verdict in the case of two officials from ousted dictator Moamer Kadhafi’s regime accused of “financial crimes” connected to compensation for the 1988 Lockerbie plane bombing.

Abdelati al-Obeidi, a former foreign minister, and Mohamed Belgassem al-Zwai, ex-speaker of parliament, were accused of mismanaging public funds in compensating families of victims of the Lockerbie bombing, according to charges read by the judge.

The criminal court in Tripoli postponed the verdict until June 17 “to allow more time to study the file,” the judge said.

At a hearing in September, the jailed pair pleaded not guilty to the charges. Their lawyer argued that they had not made any personal gain and had negotiated on behalf of the authorities.

The prosecution has said Obeidi and Zwai were responsible for negotiating settlements with the Lockerbie families and had paid out double the amount originally planned in return for Libya’s removal from a US list of state sponsors of terrorism.

In 2003, the Kadhafi regime officially acknowledged responsibility for the bombing of Pan Am flight 103 that killed 270 people. Libya paid 2.7 billion dollars (2.1 billion euros) in compensation to victims’ families.