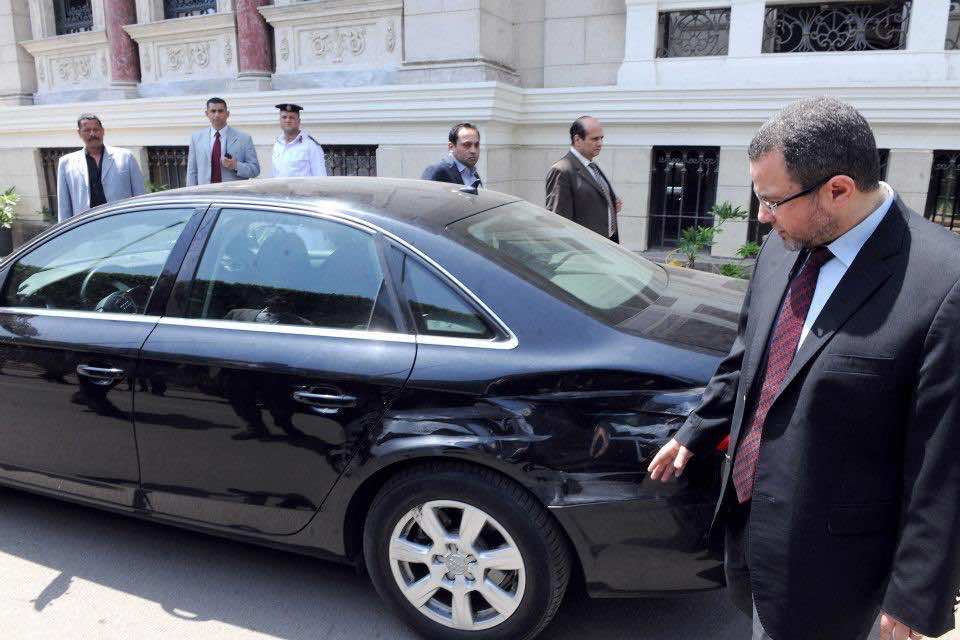 A passerby who was wounded in a firefight between Egyptian Prime Minister Hisham Qandil’s bodyguards and a group of “thugs” died of his injuries on Monday, a security official said.

The man, a street vendor, was shot in the neck on Sunday night when a group of people driving a pick up traded fire with Qandil’s bodyguards who were travelling in a convoy with him. Qandil was not hurt.

His bodyguards opened fire at the truck carrying five people that had cut into Qandil’s convoy as it crossed Cairo’s October 6 bridge across the Nile.

Shots were returned from the pick up truck before the driver and the passengers were arrested.

A security official said the suspects claimed they had been unaware of Qandil’s presence in the motorcade and had not shot at his car.

Egyptian media reported in February that protesters threw stones and bottles at the prime minister’s motorcade as he tried to enter Cairo’s Tahrir Square after overnight clashes nearby and at the presidential palace.

His office said in a statement later, without elaborating, that he had been “confronted by youths and troublemakers”.