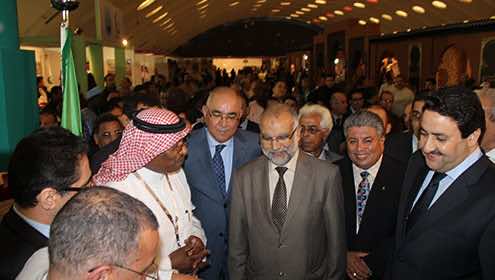 Trade exchanges between Morocco and countries of the Gulf Cooperation Council (GCC) were worth 3 billion US dollars in 2011, including two thirds of Morocco-Saudi Arabia trade.

According to the Saudi press agency (SPA) which quotes a report of the secretariat general of the GCC chambers union, Morocco’s exports to Saudi Arabia grew from 62 million USD in 2006 to 260 millions in 2011, while Saudi exports reached around 1.75 billion dollars in 2011.

Trade between Morocco and the United Arab Emirates progressed in 2011 by 14pc compared to 2010, going up from 350 million dollars en 2010 to over 400 million USD in 2011, while Morocco’s exports to Kuwait are estimated at 100 million dollars.

Morocco’s trade with Qatar hardly exceeds 150 million de dollars, including 80 millions of Qatari exports, while Moroccan exports to Oman are estimated at 15 million US dollars and imports were worth 5 million dollars.

The figures were released as Tangiers is hosting the 3rd meeting of Gulf countries investors in Morocco (Gulfinvest) with the participation of top officials and over 15 business operators from the Gulf countries.