Morocco World News
Home Society After a year without internet Paul Miller says: “I was wrong” 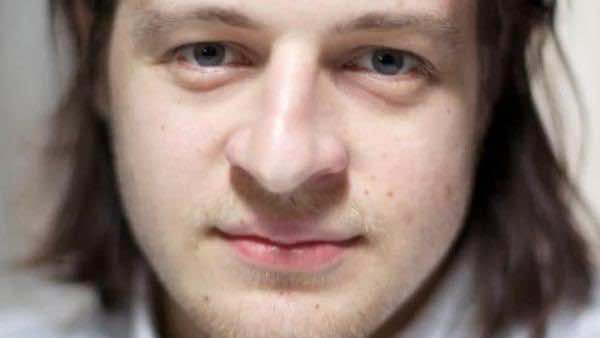 Have you ever wondered what your life would be without internet? Of course you have. You probably think about all the outdoor activities you accept to attend on Facebook but never actually do. You think: What if there was no internet? I would enjoy my life more, write novels, go out for picnics, travel and meditate. And after all these thoughts go through your mind you go back to, well, the internet.

Two days ago, an article on my Facebook news-feed caught my eye: “I’m still here: back online after a year without the internet.” The writer started his article with the following sentence: “I was wrong.” After reading this first sentence, I thought that his article will to answer my questions.

A year ago, 26-year-old Paul Miller was a technology writer. Because of his job, he continuously found himself dependent on internet. Connected since he was twelve, Miller felt his quick and stressful life style negatively affected him more and more every day. He sensed continuous overwhelming and had enough of it. He wanted to find out for himself how the internet had changed him over the years by studying it “at a distance”. “The Verge”, the technology news and media network that he worked for offered to sponsor his adventure. Yes, that’s right, he was planning on living in New York a full year offline. The young man would record his life during that time and share his experiences with others on regular basis. At the end of the year, a documentary would be put together to narrate his experience and his thoughts about it.

He was encouraged to “stop and smell the flowers by a new friend that he made at the beginning of his internet-free adventure. And that is what he intended to do. He described the first months of 2012 as full of surprising events: real life meetings, frisbee, bike rides, and Greek literature. Furthermore, he read a lot, wrote half of his novel, and delivered an essay to The Verge every week. He lost weight and his therapist was proud of his mental state’s progress. New ideas and experiences filled his life. Paul had never felt better.

In addition, his relationships with his family members strengthened. He visited his brother’s family instead of using Skype to communicate with them. He saw his new born nephew for the first time. His sister also enjoyed his attention towards he. She felt that he cared about her, whereas previously she was frustrated by how he always half-listened and half-cared because he was always half-connected. Does this sound familiar to you?

Paul Miller felt that he recovered himself—his true self. He made a lot of new good choices every day. The hypothesis he made was true: he felt a lot better without the internet.

But as the months went by, Paul says he “had learned how to make a new style of wrong choices off the internet”. The learning and creativity turned into passive consumption and social retreat. In other words, instead of reading and writing, he started playing video games for hours on his couch. He also met people and did sports a lot less than before. Moreover, as the only way of communicating with him was to call him, a discharged phone was enough to get his parents worried.  With internet, it was a lot easier to assure people about his life and health. The young man missed some of his Facebook and long-distance friends as well. “I fell out of sync with the flow of life,” Paul regrets.

In the documentary relating to his unique experience, he reached to some of the people he regarded with high esteem for advice about life. Polygon‘s Justin McElroy made the biggest impact on him. Justin said that his turning point was when he stopped keeping track of his life. He stopped thinking that he was the most important thing in his life. Paul decided then that he needed to make his life about helping others in order to be happy.

I read his long article and watched his documentary at 3 am after a restless day. This motivation came from my desire to discover his journey into the offline world. After all, few people abandoned or reduced their technology use after getting used to it. Like most of you, I am stuck with the internet and might never get the chance to experience my life without it. Therefore, I was impatient to learn Paul’s findings, as I might never be able to reach them myself.

After having spent a year offline, Miller concluded that his experience had failed. He wanted to impact other people’s lives by his findings. His conclusion was that he was “wrong” to blame the internet for his problems because after all, “The internet is where people are”. His problems had deeper reason—internal rather than external reasons.

Paul worries that as a new online year begins, he might lead the same life and commit the same mistakes. But at least, Paul says, he would know that it’s not the Internet’s fault.