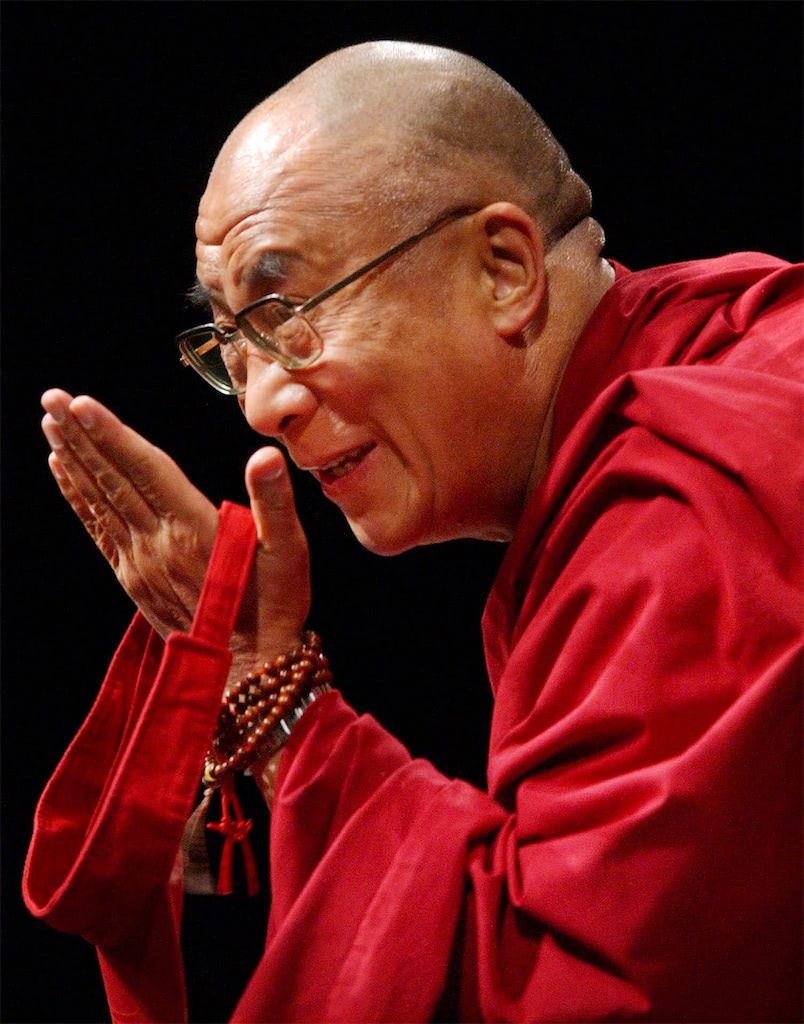 The Dalai Lama on Tuesday called for the teaching of secular values in education, saying that it was critical for the world to respect all religions — as well as the right not to believe.

Despite devoting his life to the study of Buddhism, Tibet’s spiritual leader said he was convinced that all people — and often even animals — shared basic moral values regardless of their religion.

“In the West, there is some connotation that secular means a little negative, or disrespect, towards religion,” the Dalai Lama told a packed arena at the University of Maryland at College Park in Washington’s suburbs.

“But according to the Indian understanding, secular means respect for all religions — and respect for non-believers,” said the Dalai Lama, who has lived in exile in India since 1959.

“That is the only way it can be acceptable to a whole universal level,” he said.

The Dalai Lama said he was taking part in a project to craft a curriculum on universal ethics, which could be taught initially at a local level and eventually become part of a United Nations initiative.

“The whole world should in the education field include some sort of education about moral ethics. Not based on religion — secular,” he said.

The Dalai Lama said that he discussed his idea Tuesday with Maryland’s Governor Martin O’Malley, seen as a rising star in President Barack Obama’s Democratic Party. The Dalai Lama greeted O’Malley on stage by pressing their noses together.

Despite his global following, the Dalai Lama’s travels are opposed by China, which accuses him of encouraging separatism and violence. The Dalai Lama says he is a pacifist and only seeks greater rights for Tibetans under Chinese rule.

The Dalai Lama was delivering an annual lecture in honor of Anwar Sadat, the Egyptian president who was assassinated in 1981 by an Islamist militant group at a military parade after he signed a peace accord with Israel.

The Dalai Lama met with Sadat’s widow, Jihan, and said he was “one of the admirers of your late husband” for his effort to make peace.

“Violence always creates problems,” the Dalai Lama said. “Once you commit violence, even though your motivation is good, your aim is good, but because of the method — violent method — it may create unexpected consequences.”