Fez - Many Moroccan writers of French expression blossomed and excelled in French literature better than the French themselves. Driss Chraibi, Abdellatif Laabi, Taher Ben Jelloun, Abdelkabir Khatibi, and Mohammed Berrada are a few Francophone Moroccan writers who have gained international acclaim for the quality of their literary achievements and won many distinguished awards. 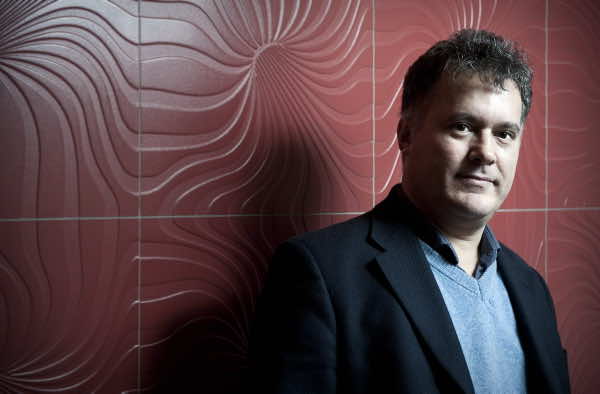 By
youssef El kaidi
-
Youssef El Kaidi is a PhD candidate at the University of Sidi Mohammed Ben Abdelah Fez.
May 7, 2013
Spread the love

Fez – Many Moroccan writers of French expression blossomed and excelled in French literature better than the French themselves. Driss Chraibi, Abdellatif Laabi, Taher Ben Jelloun, Abdelkabir Khatibi, and Mohammed Berrada are a few Francophone Moroccan writers who have gained international acclaim for the quality of their literary achievements and won many distinguished awards.

The Concourt prize 2013 was awarded to the well-known Moroccan author Fouad Laroui on Tuesday, May 7th for his groundbreaking book “L’étrange affaire du pantalon de Dassoukine” (The Strange Affair of Dassoukine’s Pants,” published by Editons Julliard, announced the Concourt Academy in a press release.

The novel combines stories of humorous paradoxical characters in amazing situations. It tells the story of a Moroccan official responsible for purchasing wheat in Brussels for his country. The official finds himself mortified after he realizes that his only pants were stolen from his hotel room. He finally presents himself before the European Commission strapped into a castoff worthy of a clown, and against all odds, he succeeds in his mission.

A boy eager to get a passport realizes that, for the administration, the village of his birth and childhood does not exist. Therefore, he was never born; he is unknown and officially doesn’t exist.

A Moroccan town councilor who failed to build in the village the swimming pool he had promised his countrymen comes to create the concept of “dry swimming.”

With caustic and striking humor, Fouad Laroui staged paradoxical and confusing situations in which his characters are constantly forced to question many concepts. From book to book, he continues to explore one of the first emotions of every human being: the irrepressible laugh at the absurdity of our condition.

Fouad Laroui is a Moroccan economist and writer. He was born in 1958 in Oujda, studied at the National School of Bridges and Roads in France before working in a factory of phosphate in Khouribga (Morocco). He lived in the United Kingdom and spent several years in Cambridge and York, where he earned a doctorate in economics. He lives in Amsterdam where he teaches econometrics and environmental science at the university.

Meanwhile, he devotes himself to writing. His novels in French in which he denounces with humor the blockades, the absurdities and the injustices of society, are very popular in Morocco, where they are often among the best sellers.