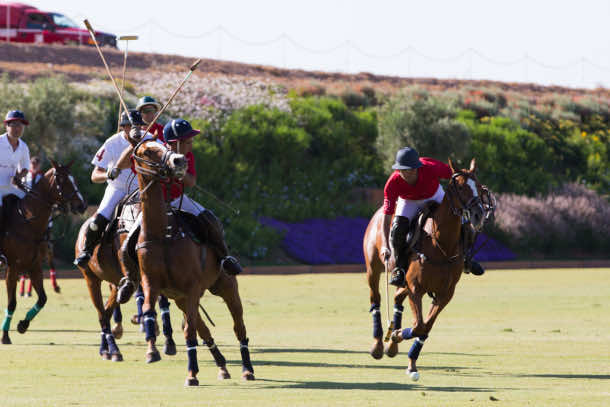 After the green tourism, real estate investments opt for other ventures with added values. Jnan Amar chose to build its resort next to a polo field which became the first club in Morocco. It is located on the road to Tamesloht (20 km from Marrakech) not far from Lake Takerkoust. While the work of the resort has just started, the Jnan Amar Polo Marrakech has already hosted its first gala Polo Challenge in April.

This tournament was organized to raise funds on behalf of the Eve Branson Foundation, a Moroccan NGO serving poor communities of the High Atlas in the region of Marrakech. This is backed by the Sir Richard Branson Foundation which launched training programs for women from 5 villages (Asni, Asselda, Timzra, Tnasghart and Imsker). Women learn to knit, make crafts and sell their wares, says Eve Branson, who persuaded her son to buy the Kasbah Tamadot in 1998. 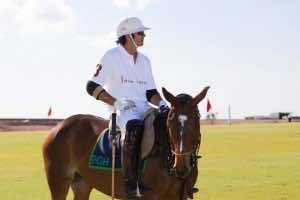 The Bransons were all present at the gala and match at Jnan Amar on April 27. An elite group of international players also attended, including Fred Mannix, Amr Zedan, Mariano Uranga, Santiago Novillo Astrada, and Chris Hyde, in addition to members of the Moroccan Royal Guard.

The match took place under the patronage of HM King Mohammed VI and under the auspices of the Royal Moroccan Federation of Polo. Amar Abdelhadi,

owner of Jnan Amar polo resort, wishes to create a real polo academy in Morocco. “The facility was modeled on the expertise of Santa Maria Polo and we want to make a state-of-the-art Polo Club with a clubhouse and equestrian center of international standards.”

Later, a second field on the same site will be built. The 50-acre resort also includes a 5-star hotel and more than 84 upscale villas. It has been designed to develop a “park luxury resort” able to raise the level of high-end tourism offered in Marrakech, said Abdelhadi.

Once completed, the facility will contain 60 hotel suites and 20 villas, spa and restaurant will be managed by Ritz Carlton luxury chain. The investment of € 100 million is being led by Siama, or the Al Amal Investment Corporation, which has operated in Morocco since 1985 and developed many prestigious projects in real estate and tourism in various regions. Siama is a subsidiary of Azmi Abdelhadi Group, based in Saudi Arabia, which has interests in areas such as oil, gas, international trade, and real estate in the Middle East. 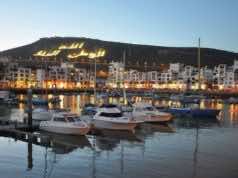