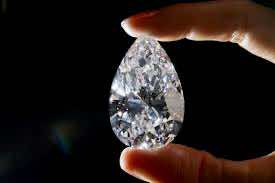 Police in Belgium, France and Switzerland have arrested 33 people and recovered “a large quantity” of diamonds and cash in a coordinated probe into a spectacular $50-million diamond heist at Brussels airport.

The Belgian prosecutor’s office said a suspected member of the eight-man gang that staged the brazen robbery three months ago was picked up in France on Tuesday, while Swiss police made eight arrests and seized many of the missing diamonds.

In early morning raids across Belgium on Wednesday involving some 200 officers, Belgian police made 24 arrests and “recovered big amounts of cash”, Meilleur added.

A statement from the Swiss prosecutor’s office said “a big haul was seized, of 100,000 Swiss francs (80,000 euros) in cash and a large quantity of diamonds, the value of which is currently being estimated.”

A businessman and a Geneva lawyer among the eight people being held were facing charges of dealing in stolen goods and obstructing the course of justice, the Swiss statement said.

“The arrests were made thanks to the excellent collaboration between the Brussels and Geneva authorities,” it added.

The February 18 robbery at Zaventem airport was at the time described as “one of the biggest” ever by the Antwerp World Diamond Centre (AWDC), the global dealers’ syndicate.

The brazen heist was carried out by eight men who pulled up on a runway at around 8 pm where a Swiss passenger aircraft was about to take off and forced open the cargo hold to reach gems already loaded on to the plane.

The gang, posing as police officers, cut through the airport’s perimeter fence and made off with a haul of 50 million dollars (38 million euros) in diamonds through the same breach.

The Belgian authorities said some of the suspects detained in Belgium, aged between 30 and 50, were “well known” to police.

“From the very beginning there’s been an intense cooperation between the Swiss, French and Belgian authorities,” said Meilleur. 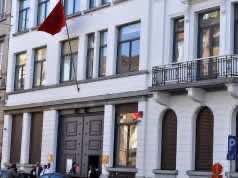