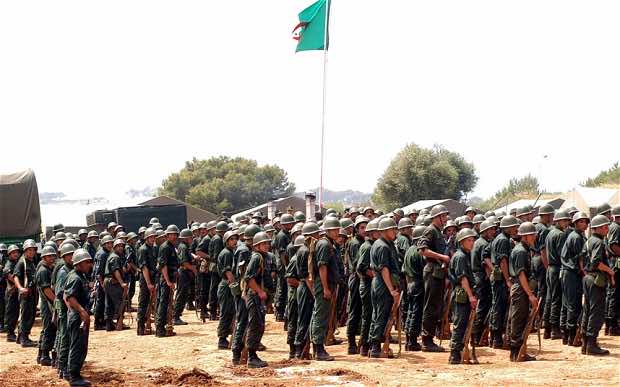 Four Islamists were killed during an ambush carried out in Aghrib, in the Tizi Ouzou region, the ministry said in a statement carried by the national APS news agency.

Soldiers killed another three Islamists in an operation in Bouhmidane, in Bouira province, which neighbours Tizi Ouzou, the ministry said.

Six automatic weapons and “a significant quantity of ammunitions” were recovered in the two operations, it added.

Algeria has battled Islamist insurgents since its devastating civil war in the 1990s, and despite frequent army raids to curtail their activities, Al-Qaeda in the Islamic Maghreb remains active in and around Tizi Ouzou, its heartland.

On Tuesday, two guards at a quarry in Keddara, in the Boumerdes province, were killed by a group of armed Islamists, local newspapers reported.

In the worst attack on Algerian soil in years, Al-Qaeda-linked militants stormed the In Amenas desert gas plant, 1,300 kilometres (800 miles) southeast of Algiers, in January.

During the siege and army rescue operation that followed, 38 hostages, all but one of whom were foreign, and 29 militants were killed.