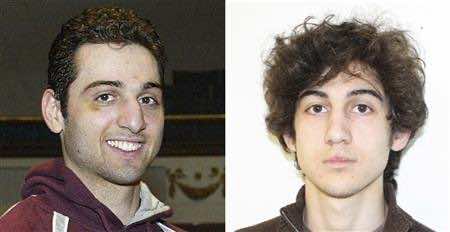 Islam is to violent Islam as Christianity is to white supremacy, the Klu Klux Klan, and countless other misuses of religion for violent purposes. Penalizing or judging all Muslims for violence of self-proclaimed jihadists like the Tsarnaev brothers in Boston is like blaming all Christians for the Spanish Inquisition and for Protestant persecution of Catholics in medieval England. Islam is not a monolith. The religion is practiced around the world by many different sects and schools of thought that are centuries-old. To discount this fact is to discount a large sector of the human race, some 1.5 billion people. And that attitude is hurtful to Muslims.

Cults typically originate with a charismatic leader and attract followers who are disenfranchised from the mainstream of society. The result is a fringe element that may share common roots with a ‘mainstream’ ideology, like Islam, but splinters off to create a unique ideology that deviates in thought and practice from its root religion. In the case of jihadism, the product is dangerous and incendiary. The first origins of violent Islam can arguably be traced to 18th-century Wahhabism and to Osama Bin Laden, with thanks to Sayyid Qutb.

There is no one absolute interpretation of Islam. Just because a cult says killing innocent people is Islamic does not make it so. The actions and beliefs of the Boston bombers as well as Al Qaeda, its copycats and Wahhabist and Salafist strains do not reflect the teaching of all Muslims. They are violent, oppressive cults. And Muslims who follow this cult do so to the detriment of all Muslims.

The American people can handle this nuance. Why can’t many in the media? After the Boston bombing, too many in the media used wildly inaccurate stereotypes to perpetuate prejudice about regular Muslims. For example, CNN’s Ashleigh Banfield declared on May 2 that since the bombing suspect’s wife was wearing a full abaya and hijab that she was “probably under his influence.” Commentator Erik Rush, who appears as a contributor on Fox News, tweeted his “kill them all” comment after being asked, “Are you already blaming Muslims?”

Let’s focus on the crime at hand, rather than hurtful statements about all Muslims.

Reports indicate that Katherine Russell married an abusive man who later became a terrorist. That is why she was probably under his influence, not because of what she wears. Peaceful, non-violent Muslim women around the U.S. and the world dress just like her. So the conjecture of Banfield and others is extremely offensive to thousands of American Muslims, including those women who choose to dress modestly.

Today’s so-called Muslim jihadists are yesterday’s Christian, pagan and other persecutors in the name of religion. Muslims and Christians all worship the same God, acknowledge most of the same prophets and recognize Abraham as the first believer in one God. Yet human nature and its tendency to paranoia and violence is the common factor all communities share.

Violence, murder, and oppression have been present on this earth since the beginning of humanity–good religion aims to lesson all of these in the pursuit of true peace and justice. The actions of jihadist cults should not dominate the public’s view of all Muslims. It’s time for a new way to think about Islam.

Originally published in the Washington Post. Published with the author’s consent.