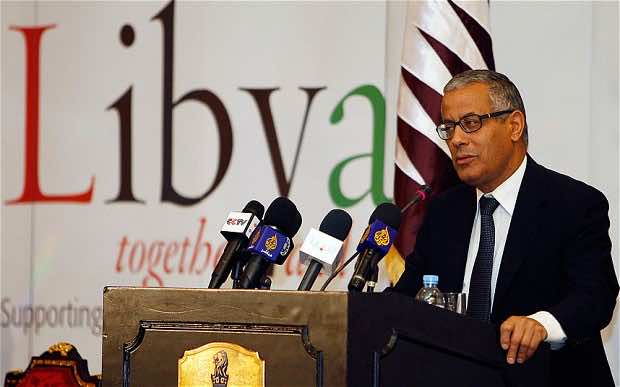 Libyan Prime Minister Ali Zeidan announced on Wednesday a cabinet reshuffle “in the coming days,”  against the backdrop of a political crisis sparked by gunmen besieging two ministries.

“There will no doubt be a ministerial reshuffle in the coming days,” he told a press conference, without specifying which portfolios would change.

Zeidan also defended the gunmen as “thowars,” or revolutionaries, who fought to oust Libya’s leader Moamer Kadhafi in 2011, but insisted that the siege of the ministries must be lifted soon.

“In Libya, we don’t have militias, we have the thowars,” said the prime minister, whose resignation has been the demand of some of the gunmen encircling the ministries for the past two weeks.

Some of the fighters have pulled back, he said.

“Some of them are now trying to correct and repair what has taken place,” he said, adding that he hoped for “a total withdrawal very soon” and reiterating that force would not be used.