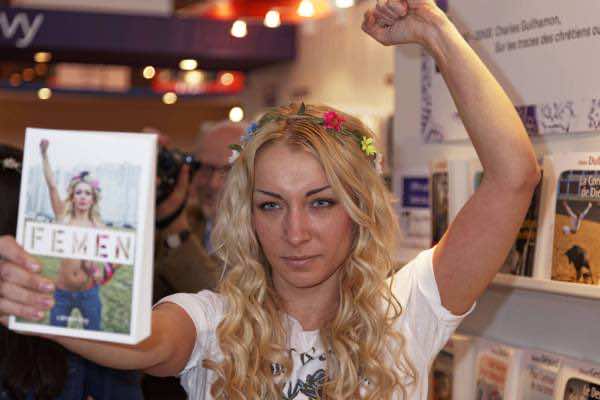 Media has been and still is portraying women in different images, as objects which has been degenerated women’s image over time. Besides the negative presentation of women, the media is working on weakening the academic fields concerned with gender issues and woman’s identity and cultural construction by constantly projecting those images over time, and by counter acting academic activists at other times. I perceived media’s anti-intellectualism through the way it projected several women’s liberation movements that sprung up lately, and though aimless and week, they were given an amount of time and space for one single purpose: promote the anti-feminists’ thoughts and counter-act academic activists once more through sustaining the negative notion of feminism.

In her article “Women Skin Deep: Feminism and the Postcolonial Condition,” Sara Suleri criticizes mass media’s attack on the academic field of study and it’s leading role in anti-intellectualism. This essay focuses on media’s attack to weaken the academic field and its implicit attempt to give importance to some aimless unknown groups. This conflict in Suleri’s term is one between anti-intellectualism represented by the media, and the “thought police” represented by academics who seek ideological correctness. If we look back at media’s historical achievements, we would notice that media is an accomplice in women’s discrimination in the various ways it portrays them and objectifies them.

The media’s attack is based on the assumption that the academy is no longer dealing with matters of gender, post-colonialism, and cultural identity and rather “subcultures itself out of viable existence,” in an attempt to accuse academics of being ignorant of the real conditions of such issues.  Moreover, Suleri states that the media’s accusation goes further to claim that “the subtextual moral that attends such journalistic cautionary tales is almost too obvious to merit articulation.” The media’s accusation of articulation lies in its claim that academics’ attempts are mainly repetitive of already discussed subject matters in popular press. However, Suleri’s response is that that material discussed by this popular press is “low-grade” and that the academy must in this case present some substitute, solid opinions. The academy’s “intellectual duty” calls for cultural regulation of what has been misunderstood and mistaken.

Academic duty calls for an amalgamation of some discourses, especially those concerned with “cultural identity.” For instance, the feminist discourse, which speaks on behalf of every marginalized woman and which also “grants an uneasy self-hood to a voice that is best described as the property of ‘postcolonial woman’. Whether this voice represents perspectives as divergent as the African-American or the postcolonial culture location, its imbrications of gender and race are accorded an iconicity that is altogether too good to be true”. In other words, feminist discourse’s attempt to represent marginalized women is at question, especially when we take into consideration the statues of the oppressed postcolonial woman that is subjected to the problem of gender and race. Suleri here advocates the need for the oppressed to speak for themselves, and take into account their own dependent identities and rely reflectively on their own “lived experiences”: truths about their real condition and oppressed self. Those truths must be the engine which drives those oppressed women to challenge patriarchal systems.

The uncountable challenges facing academic feminists lie in the fact that the media hasn’t given much importance to the intellectualist movements and rather chooses to shed light on some insignificant humpty dumpty unguided movements. An example of these types of women liberation movements is the so-called FEMEN organization and its topless protests. The media gives much attention to such movement which damages the statues of academic feminists. The media promoted such images increasingly in a way that is almost impossible to ignore. It is true that there exists some counter view-points and that many journalists and activists attempt to criticize the types of movements using nudity as being barbaric and aimless. Yet, it is this very act of devoting time and space to discuss whether or not such movement is right or not that the media subtly generates thoughts about feminism: thoughts that are not always pleasing.

FEMEN organization opts for topless protest as a way to attract the media’s attention, and the media in return presents distorted images and promotes such an unqualified movement in a subtle attempt to maintain the pattern it objectified, undervalued, and negatively portrayed. Moreover, by running across the streets half naked, these women protesters claim that they’re not interested in theories or academic feminists’ attempts to liberate women. They’re rather “going pro” as the Ukrainian head of the organization Anna Hutsol in one of her interviews admits. The young women exposing their bodies in public with written phrases such as “my body is mine and it’s not anyone’s source of honor” have gone worldwide and recently reached Arab countries as well.

The FEMEN movement reached Tunisia as demonstrated by the case of the Tunisian girl Amina who started posting her photos half naked on websites and eventually was brought to trial. Amina’s case is questionable. I use her example as a young woman from a postcolonial country like Tunisia, who is delusional by the western women’s liberation movement. Amina might think that by exposing her body or by trying to challenge her conservative religious country she’s actually liberating herself, but the fact is she’s only being spoken for. Amina’s “lived experience” is completely different from the Ukrainian one, if there is any at all. Her statues as an Arab Muslim woman cannot be negotiated and the liberation of the Ukrainian woman do not necessarily reflect the same image that any postcolonial Arab woman must look for in such liberation.

The media is enforcing dangerous ideas and often faulty vision of things. FEMEN is a product of media and will not be eliminated until ignored completely. The solution does not only stops there, for it is just as important to rely heavily on the importance of “lived experiences” of women so as to form women movements that can speak against their oppression, as well as differences. There is no such thing as “universal women movements,” for the conditions and circumstances women undergo as well as cultural constructions and religious affiliations that women are part of in various continents around the world vary and in a great deal contrast. If western women’s liberation seeks rights through nakedness, that does not mean Arab women would opt for the same. Arab women must have priorities more relevant than western liberation and according to their religion Islam or even Christianity: nakedness would certainly not be a mean.