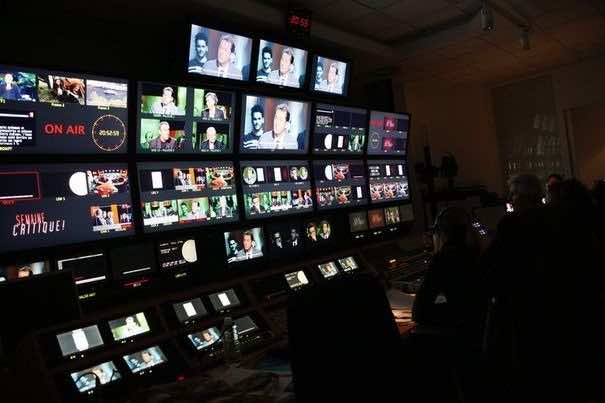 Our world is becoming increasingly dependent on means of communication and information technologies. Not so long ago, a phone’s value was its miraculous capability to connect people from all corners of the world, and a computer’s value was its ability to process information faster and more consistently than humans could. Today, those very facilities, among many others, are deemed more of an end than a means, and the innocence that motivated their creation has been deliberately substituted by a new motive: power.

Among all of those communication and information technologies we all recognize, those labeled under the umbrella term “mass media” are the ones responsible for the world’s contingency on its own medial means. The Oxford Dictionary designates ‘mass media’ as “all the sources of information and news that reach and influence large numbers of people.” In this definition, the word in bold is the key word. Mass media has shifted from the state of a mere mediator between those who search for and provide information to an incontestable influence on people’s thoughts and worldviews.

Mass media includes TV, Radio, cinema (movies), video games, and even print media, that is, newspapers, books and comics. As long as a wide audience is targeted, the qualifier ‘mass’ in ‘mass media’ rings  true. The important fact to retain from this discussion is this: access to such a large audience allows those in control of the most influential mass media to shape  their products in such a way as to prolong their influence on these  targeted listeners, readers, and viewers. .

At no occasion can one come across a discussion or a debate on the influence of mass media without the mention of another crucial term, ‘globalization’. Axiomatically, the most widespread and cherished products of mass media are, in the most part, alien products; that is, products that have no link, whatsoever, to the consumers’ culture and society. These products, in their very first state, were customary cultural practices and beliefs shared by a particular community, until mass media repackages them into paradigms that all other cultural entities aspire for.

News is among the list of mass media products. As far as influence and power are concerned in this context, one is increasingly feeling people’s attachment to foreign sources of news rather than those available in their own nations.  For example, a Moroccan, might be more interested in following the news on the recent Boston explosions rather than reading news reports on a similar occurrence in Morocco.

The instance above is becoming increasingly common because we are more and more aware of the influence of powerful, foreign mass media. The internalized and widespread perception that anything foreign is (more) accurate could be such contradictory phenomena as the one exemplified above. One might even dare argue, though in an almost metaphorical sense, that one develops a foreign nationality as he or she becomes unusually ‘faithful’ to foreign mass media and its products. The eagerness some people display, for instance, when awaiting the speech of a foreign country’s president is becoming  tantamount to the same feeling they display when awaiting for the speech of their country’s leader.

One can also clearly notice a discrepancy in behaviors and practices within a community that shares the same cultural values and norms. The African American culture, for instance, is obviously one that originated in the U.S. However, communities from all corners of the world seem to relate to the African American culture, sometimes, in a much dramatized fashion. Children and youth know African American actors and singers from A to Z. Some start by mimicking their idiosyncratic behavior and style, then go out of their way  to adopt it as their own , rejecting anything that links them to the distinctive features of their own culture. However, the backlashes of those uncompromised cultural adoptions are, most of the time, disastrous.

The examples cited above relate mostly to the influence of mass media. Mass media no longer serve as channels or ‘bridges’ that facilitate  the exchange of information at the international level. Rather, they have been rendered merchandisers of a certain culture or a particular worldview that audiences feel compelled to endorse and adhere to.

The argument that the products/producers of mass culture are innocent is outdated. The surging and even budding new social phenomena, one of which is ‘blind cultural adoption’, run against the odds of such argument. For power and influence have become the end sought by mass media today, its products are gradually losing (or have already lost) the innocence that initially motivated their creation. This is a negative trend that is damaging societies everywhere and giving too much power to the elites that direct and own these institutions.