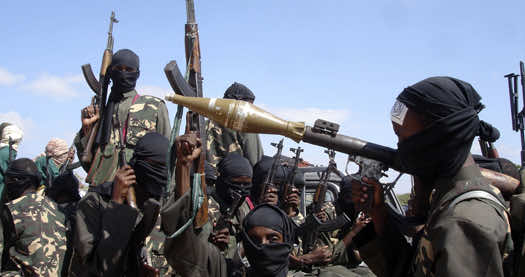 Press reports warned Thursday that Tunisia was “at war with international terrorism” after the government revealed that
jihadists being pursued by the army have ties to Al-Qaeda and the Islamist rebellion in Mali.

French-language daily Le Temps raised fears of “a spiral of deadly violence similar to the one that ravaged Algeria” during its so-called black decade of civil war in the 1990s.

“It is a nightmare scenario that haunts Tunisians,” said the newspaper, which is strongly critical of the ruling Islamist party Ennahda.

Le Temps blamed the “policy of impunity and the complacency of the authorities, who encouraged the terrorists to continue,” accusing the government of doing nothing to curb the rise of Salafist groups since the revolution in January 2011.

Le Quotidien called on Tunisia’s leaders to “take the bull by the horns,” saying “the moment is very grave, and the fight against terrorism has inevitably become a collective responsibility.”

The daily also criticised Ennahda, saying that “the proliferation of jihadist clans across the country… was able to take place under the complacent and complicit eye” of the government.

“Tunisia is now at war with international terrorism,” announced Le Presse, which urged the media, political opposition and government to work together “to not help the enemy or undermine the morale of the soldiers fighting them.”

“It is no longer appropriate to wash one’s dirty linen in public, even less so to continue mud slinging in the sight of all,” said the paper, referring to the negative climate and accusations that have hampered political progress in Tunisia.

The army last week intensified the hunt for two groups of jihadists on the Algerian border, who the interior ministry said this week were veterans of the Islamist rebellion in Mali with links to Al-Qaeda in the Islamic Maghreb.

So far, 16 soldiers and national guards have been wounded, some seriously, by home-made bombs planted by one of the groups in the remote Mount Chaambi region.