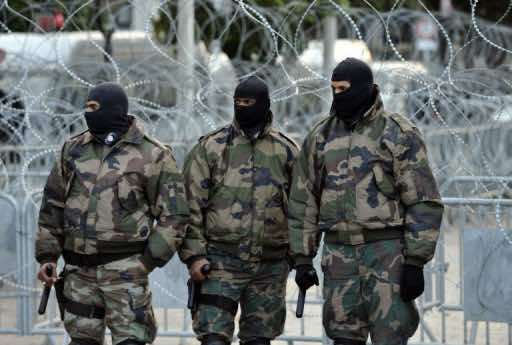 Tunisian police have arrested a Libyan “terrorist” as he was trying to bring explosives into the south of the country, the interior ministry said on Thursday.

“The anti-terrorism task force with the help of units from the national guard arrested on Wednesday, May 8 a Libyan trying to enter with a quantity of explosives… The arrest took place after this terrorist was closely followed,” it said.

The ministry give no details about the quantity of explosives seized.

But an investigator told AFP that 150 kilos of TNT equivalent were found on a Libyan boat in the port of El-Ketef, near the southern town of Ben Guerdane and several kilometres (miles) from the border.

The ship, which was spotted by fishermen, contained six cases with 25 kilos of explosives in each, the source said.

Three people were arrested, “two Tunisians in Ben Guerdane and the Libyan owner of the boat in Djerba.”

Southern Tunisia, because of its proximity to Libya, has become by the authorities’ own admission a hotbed of arms trafficking, which has thrived since the regime of former Libyan leader Moamer Kadhafi was overthrown in 2011.

Tunisia has seized numerous arms caches in recent months, but Prime Minister Ali Larayedh told parliament on Wednesday that there were no trafficking networks, only “isolated individuals” bringing weapons into the country.

He also said “the majority of arms caches” belonging to Tunisia’s jihadist groups had been seized.

The army intensified its sweep a week ago for militants hiding out in the remote border region. Officials have said the militants, blamed for a deadly attack on a frontier post in December, number around 20.

The interior ministry says the militants are veterans of the Islamist rebellion in northern Mali with links to Al-Qaeda’s north Africa franchise.