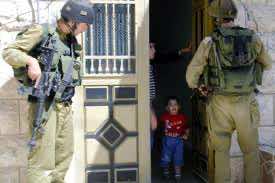 By
Staff Writer
-
May 9, 2013
Spread the love
Rabat -May 9, 2013 (MAP)
Morocco condemns the Israeli provocative and irresponsible assaults against Palestinian students and worshippers in the Al Aqsa mosque esplanade, a statement by the Foreign Affairs Ministry said on Wednesday.
The Kingdom, whose sovereign King Mohammed VI chairs the Al Quds committee, was concerned and worried to learn the invasion by the Israeli forces and settlers of the Al Aqsa mosque esplanade, and the aggression of Palestinian students and worshippers who were banned from entering the Mosque, said the statement, adding that Morocco deems that the arrest of the Mufti of Al Quds and Palestine Sheikh Mohamed Hussein in his house is a dangerous and unacceptable escalation.
While calling for halting all escalation measures against Palestinians, Morocco urges the international community and international organizations to shoulder their responsibility and intervene immediately to stop these violations to avoid offending Muslims’ feelings all over the world and undermining efforts seeking to find a final and fair solution to the Middle-East crisis, the statement concluded.