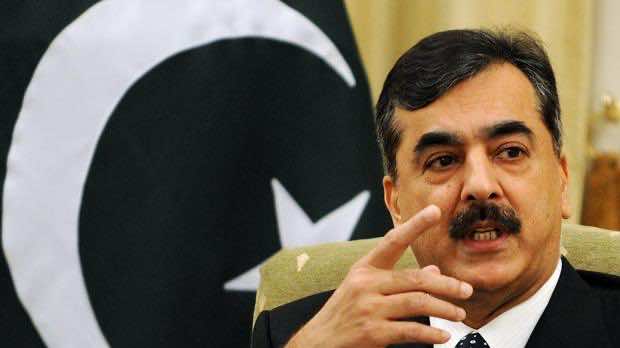 Gunmen on Thursday kidnapped the son of a former Pakistani prime minister who is also standing in the country’s elections, police said.

Ali Haider Gilani was seized on the outskirts of the central city of Multan. Former prime minister Yousuf Raza Gilani and his kin are one of the most powerful families in the area.

“People came on a motorbike. They also had a car with them and they opened fire and abducted Yousuf Raza Gilani’s son Ali Haider in a black Honda,” police officer Khurram Shakur told reporters.

“We have closed the entry-exit points and launched a search,” he said.

Another police officer, Ghulam Mohammad Dogar confirmed the abduction. “It is definitely an act of terrorists,” he told reporters.

The incident happened in the Matital area on the last day of official campaigning for Saturday’s election, which will mark a landmark democratic transition in a country that has been ruled for half its life by the military.

Provincial elections are also being held and Ali Haider is a candidate for the secular Pakistan People’s Party in the provincial assembly of Punjab.

He has two other brothers standing for the national assembly.

Gilani senior was disqualified after being sacked and indicted by the Supreme Court last year for refusing to reopen corruption cases against the president.