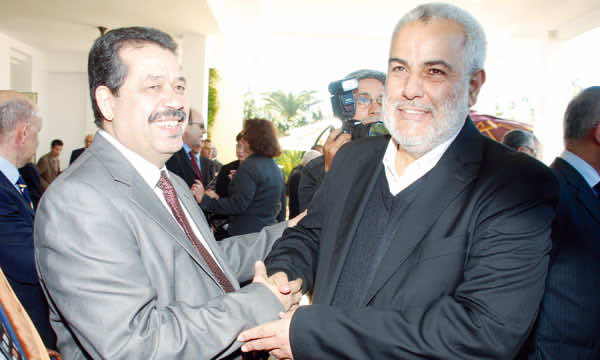 More intrinsic discord seems to transpire from the coalition government led by the Party of Justice and Development (PJD).

This time, sources close to Moroccan daily al Massae revealed that 160 members of the Istiqlal Party (IP), which is forming a coalition government along with PJD and the Party of Progress and Socialism (PPS), have drafted a petition requesting an immediate withdrawal from the government.

The petition will be submitted to the IP parliament which is expected to hold its next session on Saturday May 11th, 2013 in the party’s general headquarters in the capital Rabat.

Prior to this, a meeting was held at the headquarters of the General Union for Workers in Morocco (UGTM), the union affiliated to the party.

The congregation was attended by the IP Youth Organization, and the IP Woman Organization as well asa number of professional and occupational organizations. The participants stressed the pressing need to decide about the party’s participation in the coalition government.

The IP members are incrementally entrenched in a heated debate as they are polarized over the issue.

Other sources close to the IP asserted that the general propensity in the party is against the IP’s withdrawal from the government.

The petition will be discussed in many constituencies and regions across the country, while the IP parliament will have the final say on the whole issue.

On the other hand, there is a strong commitment among many IP members as to the diffusion of the petition and the collection of a sizeable number of signatures.

The cacophony between the IP and the PJD was further heightened after the election of Mr. Hamid Chabat at the helm of the Istiqlal party in 2012.

Hamid Chabat tried to pressure the head of government, Mr.  Abdelilah Benkirane, to push for a cabinet shuffle before the local and regional elections.

Mr. Chabat expressed deep dissatisfaction with the ministerial portfolios assigned to the IP which affects drastically the party’s chances in the next elections.

As a matter of fact, Portfolios like the Ministry of Transport and Equipment and that of the Housing and Urbanism are the wining cards for political parties by virtue of their immediate impact on the electorate.