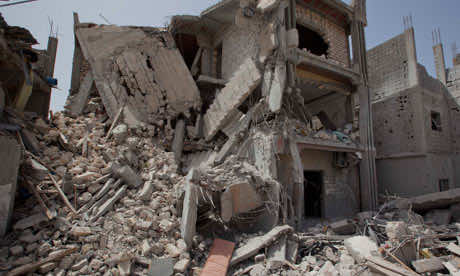 A pregnant woman, her husband and their three children died on Friday when their old, two-storey house collapsed in the centre of the Libyan capital, a neighbour said.

“The family were all sleeping in the same room when the building collapsed,” said the man identified only as Mohammed, who helped in rescue efforts. “They all died.”

The official Lana news agency confirmed five people had died and said there were “many injured.”

The house, said to have been built in 1930, was located near the capital’s major Omar al-Mokhtar Avenue.

Later on Friday, dozens of angry local residents protested near the site against what they said was the authorities’ failure to find a solution to people living in dilapidated housing. They blocked off the street and burned tyres