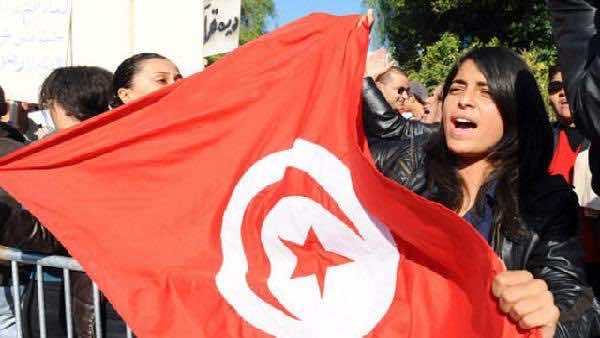 Hundreds of Tunisians, including police, human rights activists and political party representatives, protested on Friday against “terrorism” after the government said two wanted jihadist groups had ties with al-Qaeda.

Several hundred protesters gathered outside the national assembly shouting “Tunisia is free, terrorism out!” and waving placards with slogans including: “We support the security forces and the army in the war against terrorism.”

A delegation of unionists representing the armed forces was received in parliament, where they demanded that a special compensation fund be set up for members wounded or killed in the line of duty, an AFP journalist reported.

The army intensified its search last week for two groups of jihadists hiding in the remote Kef and Mount Chaambi regions along the Algerian border, who the authorities say have al-Qaeda links and are veterans of the Islamist rebellion in northern Mali.

Landmines planted by the Islamists to protect their Mount Chaambi base have so far wounded 16 members of the security forces, some of whom have lost legs.

That group has been wanted by the authorities since December when it carried out an attack on a border post in which a member of the National Guard was killed.

Since the revolution that ousted Zine El Abidine Ben Ali in January 2011, Tunisia has seen a proliferation of hardline Salafist groups suppressed under the former dictator, who have been blamed for a wave of attacks, notably on the US embassy last September.