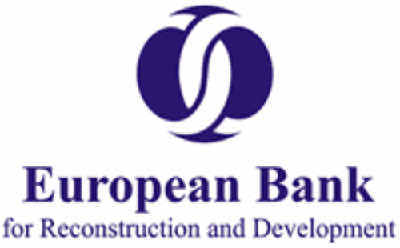 The European Bank for Reconstruction and Development cut sharply on Friday its 2013 growth outlook for countries in Eastern Europe and Central Asia, and for Russia and Egypt in particular.

The EBRD slashed its January forecast of 3.1 percent growth to 2.2 percent for a broad swath of nations that extends to the Mediterranean rim.

The bank’s chief economist Erik Berglof termed the latest slowdown a “wakeup call across the region to re-energise structural reforms that have been on hold” since the start of the global economic crisis.

“Fiscal responsibility is of course important. But most of our countries have already made significant progress in this area during the crisis. What is urgently important now is to advance structural reforms,” Berglof underscored in an EBRD statement, as representatives of the bank met in Istanbul.

The impact of the eurozone crisis was abating now, the bank said, but economic slowdowns in Russia, Poland and Turkey continue to weigh on the regional outlook.

The EBRD has revised its forecast for growth in Russian gross domestic product (GDP) to 1.8 percent this year, from a January estimate of 3.5 percent. The revision is mainly due to weaker global demand for Russian energysupplies, the bank said.

Egypt’s economy is now expected to grow by 2.0 percent in 2013, rather than by 3.8 percent as forecast in January, with investors frightened by persistent volatility in the wake of the “Arab Spring.”

The EBRD was founded in 1991 to promote the transition of post-communist countries to market economics and is now active in 34 countries after expanding its investments in 2012 to countries which lie along the Mediterranean’s southern rim.

The economic outlook for Egypt, Jordan, Morocco and Tunisia, the four countries the EBRD began investing in last year, were also downgraded due to political instability and security problems.

“Potential investors are still waiting on the sidelines until political and economic uncertainties are resolved and the direction of change is clearer,” in the region, EBRD chairperson Suma Chakrabarti told the annual meeting.

On Thursday, the ratings agency Standard and Poor’s downgraded Egypt’s long- and short-term credit rating owing to the government’s failure to meet the country’s fiscal and financial needs.

For several months, the country has held difficult talks with the International Monetary Fund (IMF) aimed at securing a big loan in return for economic reforms.

But Egypt is determined to develop its homegrown programme at its own pace “with the support of the IMF or not,” Qandil said.

His Tunisian counterpart, Ali Larayedh, said: “Tunisia is now on track despite many difficulties and challenges,” even if the recovery appeared to be slow.

The EBRD said that political instability and security were still a problem in Tunisia, while the budget deficit was widening as a result of social spending.

“We continue to pay attention to the people with low income” two years after the 2011 revolt that sparked regime changes across the region, added Larayedh.

Turkey’s Prime Minister Recep Tayyip Erdogan, whose government is trying to avert a slowdown in 2012 following strong growth in 2010 and 2011, also argued that Arab democracies needed time to process the changes.

“When we assess developments in the region, we should remember that democratisation is a long and difficult process,” Erdogan advised.