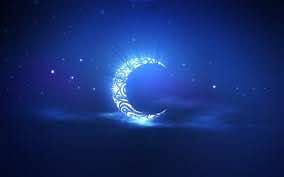 Ramadan will begin on July 9 and end August 8 with Eid el-Fitr, according to a resolution of the French Council of Muslim Faith (CFCM). The CFCM signed on Thursday a resolution on the adoption of a lunar calendar based on astronomical calculations at a conference in Bagnolet, in Paris’ suburb.

For the first time, the representative body of Muslims in France used astronomical calculations to determine the dates of Ramadan in advance. Previously, it was based on the observation of the moon and the date was communicated on the eve of the holy month.

The Council President Mohammad Moussaoui said the old method disrupted French Muslims’ schedules for work, school and festivities. “Muslim employees will find it easier to ask for days off from their employers, schools can take Muslim holidays into account when setting timetables for examinations and slaughterhouses can better organize their activities,” Mohammad Moussaoui said, as quoted by AFP.

“It’s a good thing. We must develop a bit. From the moment we have the technical means to set schedules, there is no reason not to evolve,” Mohamed Meniri, president of the Association for Islam, which manages the Bondy mosque in Seine-Saint-Denis, told AFP.

Determining the beginning of Ramadan and other Islamic festivities (Eids) is a controversial issue. Muslims of the world resort to two major methods: either through astronomy or the direct observational method. The former depends on the timing of the waning moon, which is accurately calculated, while the latter determines the beginning of Islamic months from the moon-sighting on the night of the 29th of the preceding month.