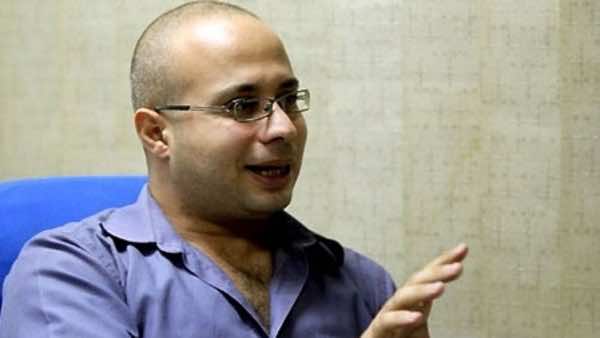 Egyptian authorities on Saturday released the founder of one of the key youth movements behind the 2011 uprising after he was held overnight, a judicial source told AFP.

Ahmed Maher of the April 6 movement was arrested on Friday in Cairo airport where he had landed from Vienna.

“He has been released pending an investigation,” the judicial source said.

Maher is accused of incitement to protest outside the house of the Egyptian interior minister.

His passport had been confiscated at the airport and he was transferred to the prosecution for questioning on Friday.
Ingi Hamdi, a member of the political bureau of the April 6 movement, denounced the arrest of Maher.

“This is part of a series of arrests targeting activists… to undermine their reputation,” Hamdi said after news of his arrest broke on Friday, pledging a “tough” response.

Hailed as heroes in the aftermath of the overthrow of former president Hosni Mubarak, the youth-led group has since splintered into two factions.

April 6 had supported President Mohamed Morsi during the June presidential elections, but has since become increasingly vocal in its opposition to the Islamist leader who they accuse of pursuing Mubarak’s practices and betraying
the revolution that brought him to power.

Two years after the uprising that overthrew Mubarak, Egypt is still trying to find its footing in a declining economy and often violent protests that have kept away much needed tourist revenues and foreign investments.