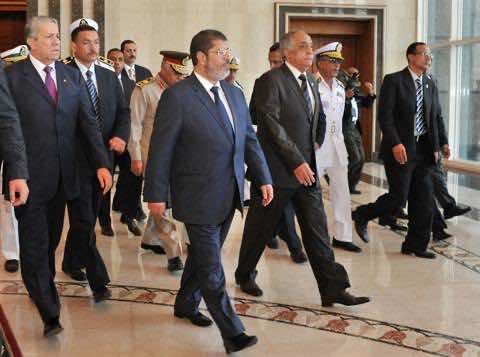 Egypt’s interior minister said on Saturday police arrested members of an Al-Qaeda-linked cell that plotted to carry out a
suicide bombing against a Western embassy and other targets in the country.

Police “have delivered a successful blow against a terror cell plotting suicide bomb attacks,” including a plot to attack a Western embassy which was in its final stages, Mohammed Ibrahim said at a news conference.

The minister did not identify the embassy.

Ibrahim named three people arrested by police and said they were captured with 10 kilos of chemicals that could be used to make explosives and a computer containing instructions on bomb-making.

The militants had been in touch with an Al-Qaeda leader outside the country, said Ibrahim, and had received training in Pakistan and Iran.

Egypt has in the past announced the arrests of Qaeda-linked militants, including a group now on trial in Cairo.