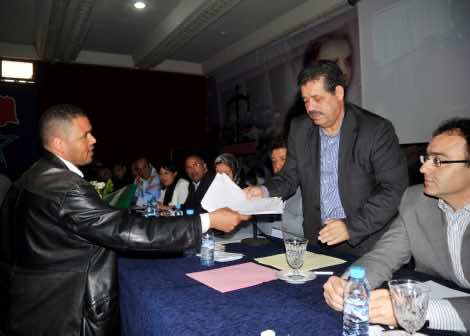 Morocco’s Istiqlal Party Members voted on Saturday to withdraw from the Coalition Government after having consulted members of the national council at the General Union for Workers in Rabat.

During a heated debate over the issue of withdrawal, the Istiqlal party referred to its continuous attempts to draw the Party of Justice and Development’s attention to the current stifling living conditions of Moroccans.

Whereas a few members of the Istiqlal party evinced their patience to stay in the coalition government, 870 national council members out of 976 decided to withdraw from it altogether.

A key ally of the Islamists, the Istiqlal party daringly took the initiative after several vain attempts to persuade the PJD-led government to consider a cabinet reshuffle.

In this regard, Adil Ben Hamza, the party’s spokesperson, said ” we have expected this event, especially in the absence of genuine dialogue between PJD and Independence Party.”

“We took several initiatives, but to our consternation, they were not taken into account by the leading government,” he added.

In an interview with MWN, Mohamed Agzoum, a Geography teacher and an active member of the national council of youth, said ” this is a bold decision which affirms the party’s willingness to benefit Morocco and to live up to the expectations of the Istiqlalis.”

“This decision has come, following many vain attempts to draw the government’s attention to the serious economic crisis Morocco is going through,” Agzoum told MWN.

Among the ministerial portfolios the Istiqlal party holds are education and the economy. The decision may lead to either a general election or a cabinet reshuffle.

It is worth mentioning that the Istiqlal party is going to send a circular to King Mohamed VI through which it will elaborate on the minute details of the decision.