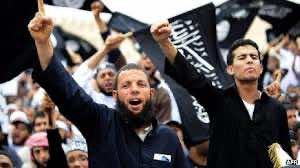 Tunisian police fired tear gas to disperse Salafist Muslims in a residential area in southwest Tunis on Saturday, after they tried to set up tents to preach in, the interior ministry said.

“Security forces intervened with force to disperse between 200 and 300 people who wanted to set up, without prior authorisation, tents around and inside the mosque in Sidi Hassine Sijoumi,” interior ministry spokesman Mohamed Ali Aroui told AFP.

“Police fired tear gas to disperse them as they were throwing rocks and petrol bombs,” Aroui said, adding that calm had been restored by late Saturday.

Tunisian news agency TAP, however, reported “violent clashes” between police and 1,000 Salafists who had come to set up large tents in the area.

TAP said the clashes erupted after prayers in the afternoon around the Bilal mosque in the Sidi Hassine Sijoumi area, where the Salafists used knives and Molotov cocktails.