Casablanca - The cacophony between the Party of Justice and Development (PJD) and the Istiqlal Party (IP) reached its pinnacle with the decision of the IP to quit the coalition government last Saturday. 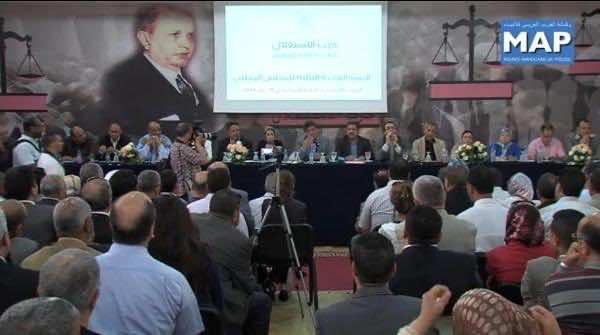 Casablanca – The cacophony between the Party of Justice and Development (PJD) and the Istiqlal Party (IP) reached its pinnacle with the decision of the IP to quit the coalition government last Saturday.

The IP national council convened its members On Saturday to discuss the possibility to pull out from the PJD-led government. The vote revealed that 870 members out of 976 are in favor of the withdrawal.

In an interview to the Moroccan channel Medi 1 Sat, Mr. Lkihel, a leading IP member listed the reasons underlying the IP’s decision to quit the coalition government.

He owed the IP decision to the “Strained relationship between the Istiqlal Party and the Head of Government.”

Mr. Lkihel, retorted “A new leadership has emerged since the IP’s Sixteenth Congress, with a new vision of the partisan practice and in total accordance with the new constitution, based on clarity, openness and self-criticism.”

Mr. Lkihel added “We transmitted a memorandum to the Prime Minister in which we suggested a set of practical steps to improve the government performance, to overcome the economic and social crisis and to have a strong government that responds to Morocco’s constitutional changes.”

The IP member asserted that the PJD response to the IP’s suggestions and recommendations lacked pragmatism and most importantly the urgency needed to face the current economic downturn.

Mr. Lkihel added that the IP decision cannot be described as “partisan wrangling” intended to put the PJD under strain.

He explained that the IP move was chiefly inspired by the public opinion’s need for efficient governance adding that the decision was made within the IP national council.

In response to the IP decision, Mr. Benabdellah, minister of Housing and Urbanization and Secretary General of the Party of Progress and Socialism (PPS) said “The Istiqlal party should assume the ensuing consequences of its decision.”

In an interview with Hespress, Mr. Benabdellah added “This decision is likely to have real consequences on the political landscape.”

Referring to the article 42 which stipulates that the king can arbitrate the work of the political institutions, Mr. Benabdellah said “We are waiting for the royal arbitrage to get things back to normal.”

On the other hand, Ms. Kenza El Ghali, a leading IP member made it clears that the Istiqlal Party “could no longer take part to this masquerade.”

Sounding a firm tone, Ms .El Ghali described that the PJD policy within the government as “a conspiracy against all Moroccans.” By the same occasion, she condemned the mood of phony optimism that the government is trying to diffuse.

Ms. El Ghalia added “we shall submit our decision to the king in order to put more order into the Moroccan political landscape.”