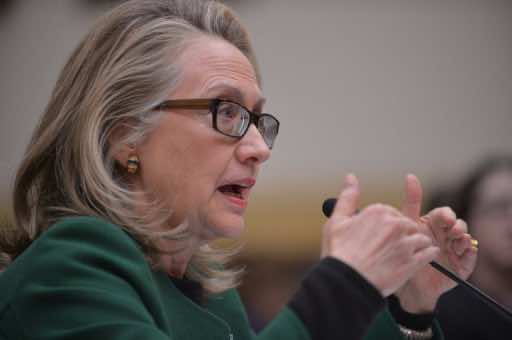 Former secretary of state Hillary Clinton was never questioned by investigators looking into the attack on the US mission in Libya that claimed the life of the US ambassador, a head of the internal probe said Sunday.

Ambassador Thomas Pickering said he and retired admiral Mike Mullen interviewed Clinton near the end of their investigation into the September 11 attack in Benghazi but saw no need to question her about her role.

He said they knew and understood what she had done “because we had questioned people who had attended meetings with her what went on at those meetings and how they were handled, what was relevant.

“I don’t believe that it was necessary to do that. I don’t think that there was anything there that we didn’t know,” Pickering said on CBS’ “Face the Nation” talk show.

Pickering’s defense of the probe came amid accusations by Republicans that the investigation by the “accountability review board” he and Mullen headed had left higher-ups off the hook, holding only lower level officials accountable for the security failings.

Eric Nordstrom, the regional security officer at the US embassy in Tripoli in the months before the Benghazi attack, testified at a Congressional hearing this week that senior State Department officials were aware of security shortcomings.

He argued that it was “inexplicable” that their actions were not reviewed more thoroughly.

The Benghazi mission came under attack on September 11, 2012 by armed insurgents who set fire to the main consular facility and then attacked a nearby CIA annex. Ambassador Chris Stevens and three other Americans were killed.

As a result of the internal investigation into the security failures, two State Department officials were sacked and two others were placed under administrative leave.

Republican lawmakers have charged that Clinton refused requests for additional security from the embassy in Libya in an April 2012 cable.

While she accepted full responsibility for the security failure, Clinton has stood by the internal investigation’s finding that the embassy’s cables requesting stepped up security before the attack were seen only by lower level officials.

Democrats, meanwhile, accused the Republicans of using the congressional hearings into the Benghazi affair to try to damage Clinton, a potential presidential candidate in 2016.

“My concern is, when Hillary Clinton’s name is mentioned 32 times in a hearing, that a point of the hearing is to discredit the secretary of state who has very high popularity and may well be a candidate for president,” said Senator Dianne Feinstein, head of the Senate Intelligence Committee, speaking on NBC’s “Meet the Press.”