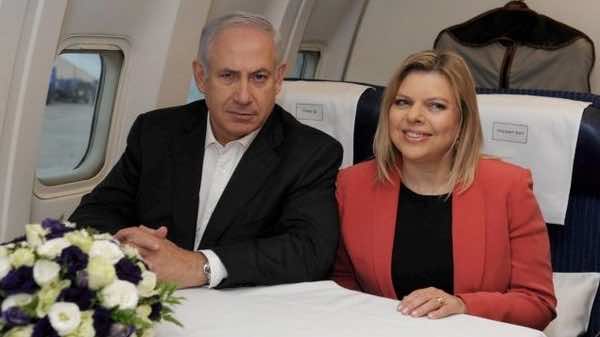 After splurging almost $2,700 on his favorite ice cream earlier this year, Israeli Prime Minister Benjamin Netanyahu has once again shown he has expensive taste.

But this time, the premier had weighed up the price of true comfort; splashing out on a bed to be installed in a plane during his five-hour flight to London last month.

He paid $127,000 for the bed to be fitted, Israeli media revealed late Sunday, which led to a public outcry as the money had straight come out of state budget.

“Their royal highnesses’ [Netanyahu and his wife] bedchamber cost the Israeli public, which has just been hit with new tax hikes, half a million shekels. Have they no shame?” wrote Israeli columnist Sima Kadmon in Yedioth Ahronoth, Israel’s biggest-selling newspaper.

“Even a five-hour flight in first class seems too much for them … What was the prime minister thinking when he was presented with the bill for his five hours of sleep? NIS 100,000 per hour. That’s what people must mean when they say sweet dreams,” Kadmon added.

El Al, Israel’s national airline, was paid $427,000 for the charter flight, including the cost of the sleeping quarters.

A smaller plane, without the chambers, would have cost $300,000, according to Israeli media reports.

Local press also pointed out that Israeli president, Shimon Peres, who will be 90 next month, spent an 11-hour flight to South Korea seated.

Netanyahu’s latest stint has come amid nationwide protests in Israel. 15,000 people demonstrated in Tel Aviv, Jerusalem and other cities on Saturday night in an echo of the massive social justice protests that swept the country two years ago.

The prime minister had been on a visit to London to attend Margaret Thatcher’s funeral in April. Following the public outcry since the revelation, Netanyahu’s office initially defended the move, which was disclosed by Israel’s Channel 10.

Later, the premier’s office issued a statement saying henceforth no sleeping cabins would be provided on short-haul flights to Europe, according to The Guardian.