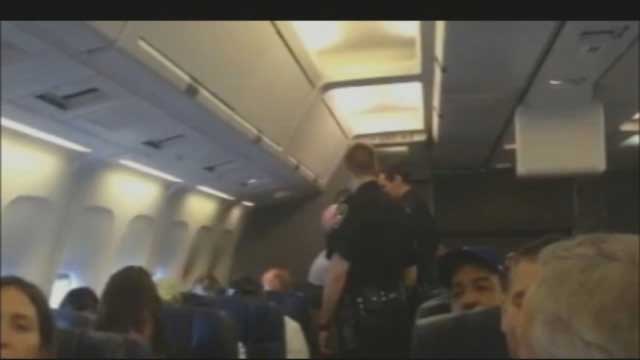 Some people just don’t know when to stop!

An American plane was forced to make an emergency landing after a woman on board refused to stop singing  the 1990s hit song “ I Will Always Love You” of the late pop singer Whitney Houston.

The pilot of the six hour flight from Los Angeles to New York was compelled to change course and to make an emergency stop at Kansas City after complaints from the passengers and the staff of the flight that the singing is just too much for them to handle.

Airport spokesperson Joe McBride said: “the woman was being disruptive and was removed from the plane for interfering with the flight crew.“

There was a federal air marshal on the aircraft, who subdued the woman and put her in cuffs and removed her from the plane”.

Despite being handcuffed, the woman just wasn’t ready to stop singing.

A video snapped on board by some passengers show? the woman still singing the hit song as police officers were escorting  her down the aisle.

The woman was reportedly released without being charged but American Airlines refused to fly her on to her destination.