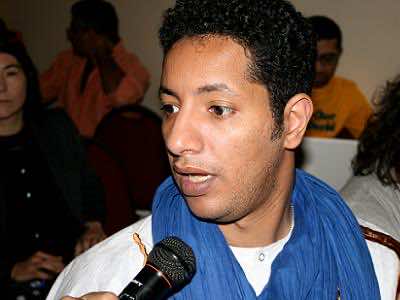 Following the recent investigative report by Max Blumenthal, a journalist affiliated with the pro-Palestinian online site Electronic Intifada, a seemingly disturbing account of a list of sponsors and sources of funding of two organizations (The American Islamic Congress and Free Arabs) came to light in rather great, and quite disturbing, detail. The article wouldn’t have drawn any personal attention had it not been the direct association of my compatriot, the social media activist and militant blogger Nasser Weddady with these two organizations.

There is no denying that Nasser Weddady is a talented young man known in the blogosphere to be a vocal advocate for human rights and democracy in the Arab world. He is also the son of a very respectable and learned political family. But given the shadow these disturbing allegations cast over his organizations, he assuredly has some explaining to do for his fellow Arab Americans and Mauritanians.

Despite the severity of the allegations and the plausibility of facts mentioned in this detailed account, including precise figures in IRS documents filed by the said organizations, Nasser Wedday is morally and legally entitled, like anyone else, to this basic democratic human right we invoke all the time and still yearn for in our part of the world: He is to be presumed innocent until proven guilty. However, mere verbal denial, in this type of unfortunate situation, is alas not sufficient to wash away any suspicion, for if Max Blumenthal is, in effect, fabricating evidence, the incriminated parties could, and should, sue him for defamation.

Whatever may be our personal opinion of Nasser, and whatever slight or big the difference may be, in this case, between his persona and the organizations aforementioned, we have to remind ourselves that what is directly in question, here and now, is not so much so Nasser himself than the moral integrity and true public utility of the institutions he works for and/or is involved with. The difference may not, perhaps, matter so much yet it is worth noting, for subtlety, as a regulator of human perception, and thus a moderator of subjectivity, is of the utmost importance. If the allegations were to be confirmed, this wouldn’t necessarily make of Nasser a “traitor” but it would undoubtedly undermine the efforts of Free Arabs and AIC in asserting themselves as credible voices representing a legitimate Arab view point.

In fact, the organizations mentioned throughout the piece, as either public sponsors or private donors, are not only one-sidedly pro Israel, they are, also, openly islamophobic and racist; and the nuance here is of critical importance. Driven by their quasi hysterical hostility toward Islam and Muslims alike, their more or less declared agenda is to systematically undermine the efforts of Arabs and Muslims in the Unites States to organize themselves and lobby for their constitutional civic  rights and lawful democratic demands, be they related to their ongoing efforts at integration in their country of adoption or to legitimate political aims in their country of origin such as the right of Palestinians to self-determination and freedom etc.

Any Arab or Muslim who works in cahoots with an organization whose declared purpose is to completely sideline, or forcibly mute, the Palestinian narrative from the public space is not worthy of political leadership, let alone adulation and support. As the cornerstone of the region’s many challenges, the Palestinian question remains, in my humble opinion, a litmus test by which people’s true militancy and moral engagement can be properly and rigorously gauged.

However unapologetic I remain on this issue, I also do recognize, for the sake of peaceful human coexistence, that any settlement of the ongoing Palestinian predicament should ultimately take into consideration the lawful claims of the opposite side.

Just as it is absolutely irrational to want to deny the Palestinians their legitimate right to have a viable, independent and sovereign state in their historic homeland, it is likewise as unreasonable to disregard the fact that five million Jews now live in that land and their state is, in part at least, the result of international legality.

Last but not least, Arab and Muslim Americans are ultimately the ones who have to decide which group and leadership they want to associate with. At any time, people would have different agenda and purposes; the role of the elite is not to indoctrinate but to intellectually guide and morally enlighten people so as to be able to make the best choice possible.

This article was originally published by Palestine Chronicle.