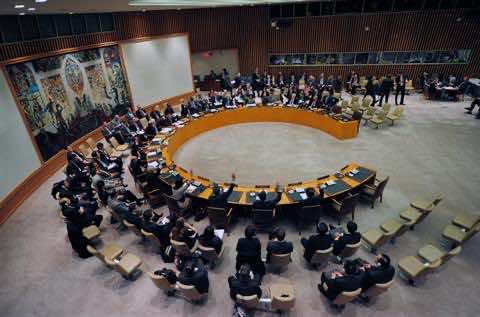 The UN Security Council called on Monday Sahel and Maghreb states to intensify inter-regional cooperation and coordination.
In a presidential statement unanimously adopted by the 15 member-states, the council pleaded for a “comprehensive strategy” to fight terrorism.

The statement was adopted during the UN Security Council open debate on combating terrorism in Africa, held at the initiative of Togo –chairing the Council for the month of May.

The Council also appeals to Sahel and Sahara countries to design non-selective and efficient anti-terrorism strategy in order to fight in a comprehensive and integrated manner activities of terrorist groups –Al Qaeda in the Islamic Maghreb (AQIM), the Movement for oneness and Jihad in West Africa and Ansar Eddine- and prevent their expansion.

The Sahel and Maghreb countries were also encouraged to control the proliferation of all types of weapons and organized transnational crimes, particularly drug trafficking.

“The Security Council recognizes that terrorism will not be defeated by military force or security forces, law enforcement measures, and intelligence operations alone,” the statement declared while underlining the need to address the conditions conducive to “strengthening efforts for the successful prevention and peaceful resolution of prolonged conflicts, and also promoting the rule of law, the protection of human rights and fundamental freedoms, good governance, tolerance and inclusiveness.”

It called on the Secretary-General to provide “a comprehensive survey and assessment” of the UN’s work in assisting Member States and sub-regional and regional entities across Africa in fighting the continent’s terrorist threats.