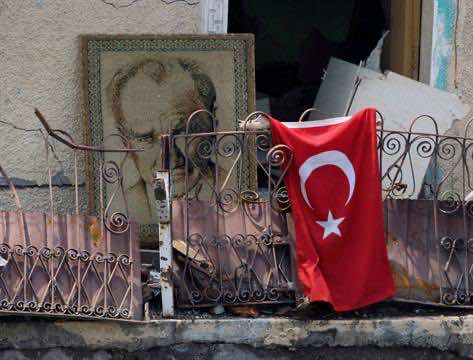 Syria is willing to carry out a joint investigation with Turkey into deadly attacks in the border town of Reyhanli that Ankara has accused Damascus of masterminding, a Syrian minister said on Tuesday.

“If the government of (Prime Minister Recep Tayyip) Erdogan calls for a joint, transparent investigation by the two countries, we have no objection, in order to find the truth,” Information Minister Omran al-Zohbi said.

“The truth must be announced to the Syrian and Turkish people,” official media quoted him as saying.

The twin car bombings that rocked the town of Reyhanli in southern Turkey on Saturday killed 51 people and wounded dozens more.

Erdogan told parliament on Tuesday that 13 people have been held by police in connection with the attacks, the deadliest to hit Turkey since the beginning of the uprising in neighbouring Syria in March 2011.

Turkey has blamed a radical Marxist group affiliated with President Bashar al-Assad’s regime for the attack. Damascus has denied any involvement.

Ankara has sided with the rebels fighting to topple Assad’s regime and has taken in around 400,000 refugees as well as army defectors and repeatedly called on the international community to act on the unfolding crisis.