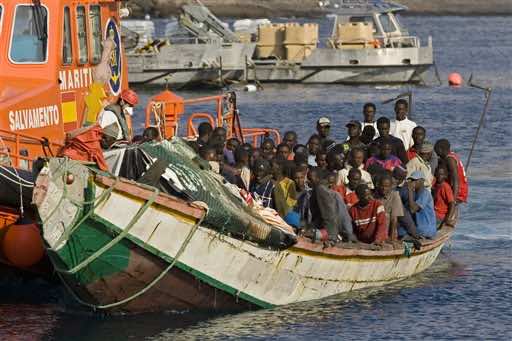 Scores of African migrants stormed a border fence from Morocco into Spanish territory, leaving seven injured, authorities said Tuesday, in the latest in a series of desperate crossing attempts.

“More than 150 people tried to cross” late on Monday, said Abdelmalik El Barkani, head of the Spanish government delegation in the territory of Melilla.

He said that of these about 60 managed to clear the six-metre (20-foot) fence and seven were injured.

It was the latest in a series of attempts by migrants desperate to reach European soil via Melilla, a Spanish enclave bordering Morocco on the Mediterranean coast.

Hundreds of African migrants have tried to enter the territory in recent months by storming the fence or approaching by boat, according to Spanish authorities.

In late 2012 human rights groups estimated that up to 25,000 clandestine migrants from sub-Saharan Africa were on Moroccan soil.

Many of them wait near the border of Melilla for a chance to try to cross the fence.

El Barkani said Ceuta and Melilla were drawing more migrants since Spanish authorities cracked down on migration from Africa to the Spanish Canary Islands in the Atlantic.

Their numbers have been swelled by unrest in north Africa over recent years, he added.

“It is a difficult matter, which cannot be settled by posting a guard every two metres along the wall, nor by raising the height of the wall six metres more.”