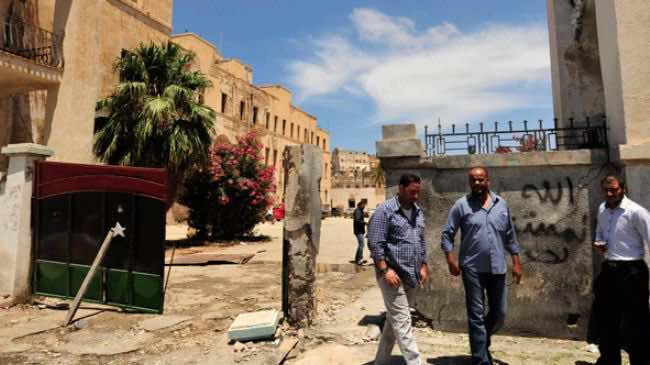 Gunmen on Wednesday attacked and set fire to a police station in Libya’s eastern city of Benghazi to avenge the death of a colleague in an overnight incident, a security official said.

Policemen withdrew from the Alhadek police station which was then torched by the attackers, while gunfire reverberated around the complex, an AFP correspondent reported.

Wednesday’s assault on the building came after the group had during the night attempted to storm it.

“Last night there was an attack against the police station,” the security official told AFP, speaking on condition of anonymity.

“The security forces defended the building and killed one of the attackers,” the official said, adding that Wednesday’s assault appeared to be avenge the slain gunman.

The attack comes two days after a car explosion in the city which killed three people and wounded 14.

After initially denouncing the blast as a “terrorist act” the Libyan authorities said on Tuesday that all signs showed that the car explosion was an “accident.”

Benghazi, the cradle of the 2011 uprising against former dictator Moamer Kadhafi, has seen several attacks against security forces and Western interests in recent months, highlighting the inability of the authorities to establish effective security in the country.

The attacks are usually blamed on radical Islamists, such as the group which raided the American consulate in Benghazi last September, killing four Americans including Ambassador Chris Stevens.

The assault on the consulate has been blamed on militants linked to Al-Qaeda.