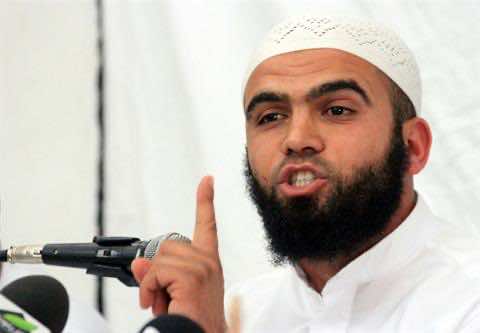 Tunisia’s hardline Salafist movement Ansar al-Sharia vowed on Thursday to go ahead with its annual congress at the weekend in defiance of a government ban on the controversial gathering.

“We are not asking permission from the government to preach the word of God and we warn against any police intervention to prevent the congress from taking place,” the group’s spokesman Seifeddine Rais told a news conference in Tunis.

“The government will be responsible for any drop of blood spilt,” he said, adding that more than 40,000 people were expected at the planned meeting on Sunday in the historic central city of Kairouan.

The government had banned the gathering because organisers did not get permission from the authorities as required by law, Rached Ghannouchi, the leader of ruling Islamist party Ennahda, said Wednesday.

“The authorities must apply the law without distinction. We support the firmness of the government in applying the law for all,” said Ghannouchi, who also condemned the use of violence in the name of Islam.

The interior ministry requires that political parties and associations obtain permission for all public activity.

Interior Minister Lotfi Ben Jeddou, an independent in the ruling coalition, said last week he would bring to justice “anyone inciting to murder or hatred… or who pitches tents for preaching in,” in a clear reference to the radical Islamists.

In recent months the government has hardened its stance towards the Salafists, who are blamed for waves of violence across the country since the January 2011 revolution which Ennahda has been strongly criticised for failing to prevent.

Salafists advocate an ultra-conservative brand of Sunni Islam, and Ansar al-Sharia is considered the most radical of the extremist groups that emerged in Tunisia after the uprising that ousted former dictator Zine El Abidine Ben Ali.

The group’s fugitive leader Abu Iyadh, a former Al-Qaeda combatant in Afghanistan, is accused of orchestrating numerous acts of violence, including an attack on the US embassy last September that left four Islamists dead.