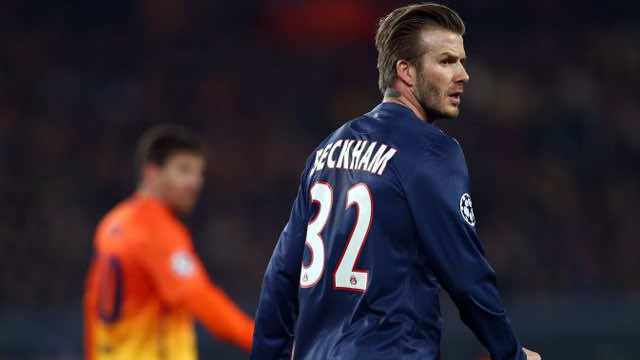 David Beckham is to retire from professional football at the end of the season, his representative announced on Thursday.

The 38-year-old midfielder has played for Manchester United, Real Madrid and AC Milan, as well as winning 115 caps for England, and recently won the French Ligue 1 championship with Paris Saint-Germain.

“I’m thankful to PSG for giving me the opportunity to continue but I feel now is the right time to finish my career, playing at the highest level,” he said, in comments reported by the BBC.