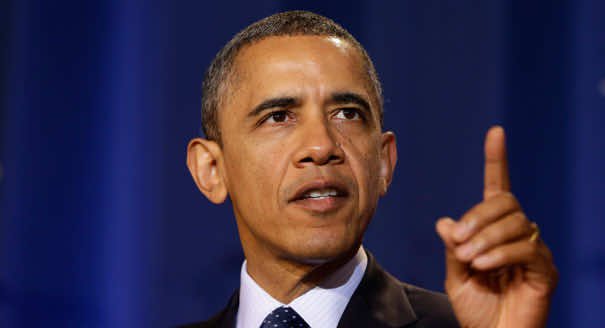 U.S. President Barack Obama said Thursday that the U.S. and Turkey will continue adding pressure to oust Syrian President Bashar Assad from power, but there’s “no magic formula” to stop his violence.

“We’re going to keep increasing the pressure on the Assad regime and working with the Syrian opposition,” Obama said during a news conference with Turkish Prime Minister Recep Tayyip Erdogan in the White House Rose Garden.

“We both agree that Assad needs to go,” Obama added.

“There’s no magic formula for dealing with an extraordinarily violent and difficult situation like Syria,” Obama said.

Erdogan said the U.S. and Turkey have overlapping goals when it comes to Syria and that they both agree that violence in the war-torn country should come to an end.

The U.S. president said that the only way to resolve the crisis is for Assad to hand over power to a transitional government. Turkey will play a critical role in that process, he added.

Obama also said he has been provided with evidence that chemical weapons were used in the conflict, but awaits on more specifics in order to “know what exactly happened.”

During the conference, Erdogan announced that he intends on visiting Gaza and the West Bank next month.

The United States has previously urged Erdogan to delay his trip in order not to endanger U.S. efforts to revive Turkey’s ties with Israel, according to Reuters.

Erdogan said he plans to head to the Palestinian territories with hope that the trip could help contribute peace in the Middle East.

“I place a lot of significance on this visit in terms of peace in the Middle East,” Erdogan said on Thursday.