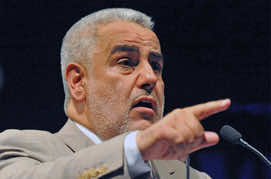 Moroccans abroad (MREs) face a number of problems, the Chamber of Councillors noted on Wednesday (May 8th). MP’s called for more religious guidance to avert extremism.

“It is necessary to be vigilant with regard to this issue, especially by boosting the ability of overseas imams to counter fundamentalist ideology,” said Istiqlal party member Mohamed Saad Alami, whose party announced its withdrawal from the government last Saturday. “It is essential to reform approaches to religion in order to achieve the desired goals.”

Istiqlal MP Abdesselam Lebbar also emphasised the importance of promoting “effective” religious guidance in an era marked by the emergence of “certain movements which are not in accordance with the true tenets of Islam”.

“The government is seeking to provide religious guidance to… associations and official bodies representing mosques led by Moroccans in host countries,” said Benkirane. “This guidance must reflect national values and the laws in force in host countries.”

The state allocates 120 million dirhams (10.8 million euros) each year to build and maintain mosques, according to the prime minister. Moroccan associations in charge of mosques are supported by the provision of permanent imams. During the month of Ramadan, preachers are sent to a number of countries (300 imams were sent out in 2013).

These organisations also receive support in the form of religious books and documents, training for imams, and development of modern educational programmes for the teaching of Islam, Benkirane explained.

But some MREs said the measures do not go far enough.

“The number of imams from Morocco falls short of what is required,” commented Hajj Mjid, a Moroccan who lived in France for over forty years.

“Clerics must be well trained so that they can guide young members of Moroccan communities towards the proper course, as Islam advocates,” he said. “Some movements tend towards extremism, and they must be countered, because they are gaining traction.”

The government must send more imams to the countries where the largest numbers of overseas Moroccans live, said sociologist Samira Kassimi.

“The current figure – 30 imams – is well below what is needed to provide more religious guidance,” she said.

According to Benkirane, 80 per cent of overseas Moroccans live in France, Spain, Italy, Belgium, the Netherlands and Germany.

He vowed to extend the RAMED medical assistance scheme to disadvantaged MREs who do not have medical insurance in their countries of residence.

Overseas Moroccans are still not represented within elected bodies in Morocco. Benkirane also promised to establish this right in electoral legislation and in revising laws governing existing institutions and drawing up laws concerning new institutions.