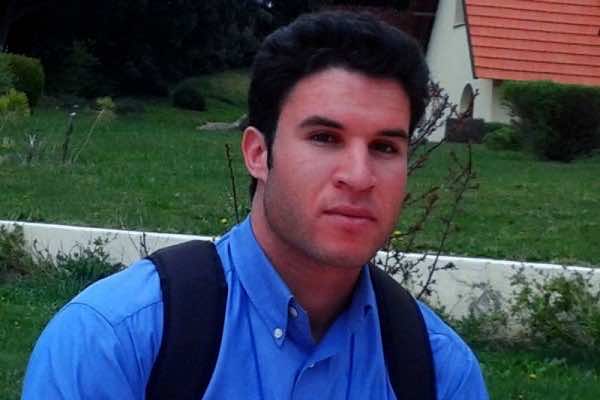 There has been a growing belief amongst language professionals that the future will be a bilingual one, in which an increasing proportion of the world population will be fluent speakers of more than one language. However, at present, English is widely regarded as having become the global language which has indeed known a rapid spread since the rise of the U.S. as the world superpower, with 1500 million speakers worldwide; consequently, there is a considerable increase in the number of people learning and using English worldwide as a result of decisions and actions taking by governments, institutions, and individuals.

Central to this phenomenon was the emergence of the concepts of methods of language ‘teaching’. It is obvious that the English language is spoken in different ways and levels. Indeed, it has three categories of speakers: 375 million native speakers who feel that the language belongs to them, 375 million who speak it as a second language, and 750 million who speak it a foreign language. Obviously, the third category embodies the majority of English speakers worldwide. However, according to David Graddol’s hypothesis, the second and third categories of English language speakers are the ones who will determine its  future international success.

Many people in Morocco as well as their counterparts in many countries around the world are learning English for a great number of reasons. But before we go through these reasons, it is very important to find out the aims of English language learning in Morocco, and one may wonder why English has rapidly replaced French and Arabic. Since both of these are international languages, they areused as languages of instruction in different international organizations such as the United Nations and both of them are used by the majority of Moroccans to describe their own reality and daily life activities (Hyde, 1994).

In this essay we will discuss and explain a tentative list of these reasons, which are indeed incomplete but serve their purpose in elucidating the great varieties of both the needs and desires of English learners in Morocco. Among these reasons, we can mention those cited by J. Harmer : 1) The target language community; 2) English for specific or special purposes; 3) School curriculum; 4) The attraction of the target community culture; 5) Advancement and other miscellaneous reasons.

English, for specific purposes, has been related to the situations where a student has some specific reason to learn the target language and it covers three sub–purposes: 1) English for Occupational Purposes (EOP) in which the needs to learn English is much related to work occupation, e.g. a Moroccan businessman or businesswoman may need English for international trade. A waiter may need English to serve his foreign customers who do not speak his native language. A tour guide may need English to communicate with foreign tourists etc.

In English language centers, many people want to learn English in order to get a better job either in Morocco or abroad. 2) English for Academic Purposes (EAP): this could be well explained through the example of Moroccan students who are studying in these foreign centers in order to further their academic studies abroad such as at a university or college in North America, Great Britain, Canada, Australia etc, or continue their studies in a private English-speaking international university in Morocco, such as Al Akhawayn where courses are given only in English. So he or she needs English to be able to write reports or essays, function in seminar situation and be able to communicate with his teachers and classmates.

English for Science and Technology(EST): Since English has become the language of scientific research and technology, a student of medicine or physics in Morocco may need to learn English in order to read articles and text books, and listen to scientific reports about the subject in English. What is interesting about all of these examples provided above is the different ways the student may want to interact with the language, and we should mention here the varieties as well as the style (speaking or writing) of the target language the learner needs to master more—a good example illustrating this is a Moroccan waiter who may want to speak English more than write it, unlike a medical student, as mentioned above, who may want to only read in English.

Many students study a foreign language because they have to. English hence is a part of the Moroccan public and private school curriculum, so we can say that a decision has been taken by someone in authority that English should be learned, since the students are obliged to pass an end-of-term or an end-of-semester exam.

The target language is a part of the target culture, more precisely, it is an open door to that culture, and hence the knowledge of a foreign language will certainly, to some extent, lead to the understanding of that foreign culture. In Morocco, English is considered, as Hyde put it, “as a means of learning about things outside Morocco.” So a lot of students learn English and especially those studying in foreign schools, institutes and centers of English because they are attracted to one of English speaking countries’ culture; it could be American culture, British culture, Australian culture etc. So they learn English because they want to know more about others who live outside of Morocco and more precisely, the people who speak it and the places where it is spoken.

It is possible that a good knowledge and understanding of a foreign language can help lead to a better job, than if you only know the native language. English, in particular, can do so because it is rapidly becoming the language of international communication. A young person, for example, who wants to work in the domain of business or tourism might well get a better starting position because he or she has a good knowledge of English.

There are a number of other reasons behind learning the English language which could be less important than those mentioned above; a student for example may attend classes in a language school or center “just for fun” or perhaps, he or she has heard that English classes at a certain school or center are enjoyable or prestigious, etc.

The general results of a research project I conducted at the American Language center in 2012 shows that many people in Morocco are aware of the importance of learning English, which they believe is the global language today, hence they believe that it is important to learn this language if they want to join the international community either virtually or in person. However, the aims and the purposes behind learning this language differ from one student to another, which is creating different degrees of motivation for the students to learn and use English. This is convincing evidence which shows that the English language is gaining more success and spreading in countries such as Morocco where it is learned as a foreign language.

Thequestions that now come to the surface are: if the English language is gaining more success worldwide thanks to its speakers as a foreign and second language, what would happen to English once those speakers who determine its world future success shift to learn or use another language? Would English be able to survive as the language of the global community even if the world economic superpower collapsed? What would be the next world superpower? And would the global community accept to use the future’s economic superpower language as the international language in the same as English is used today?

Graddol.D. The Future of English.(1997). London : The British Council.

Moustaoui. A. (2006) Morocco: Language and Legislation.(2006).Barcalona.CIEMEN(|Escarre International Centre for Ethnic Minorities and Nations).