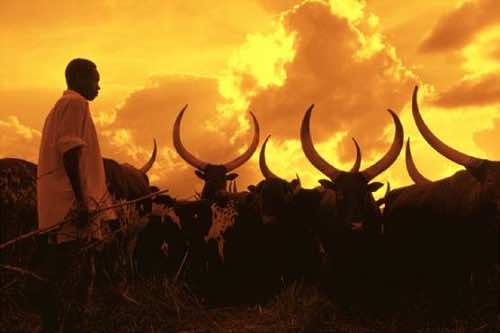 In an era of lightning speed, ever-present wireless connectivity, high tech is now also being used to benefit livestock farmers in rural areas of Africa. Widely known for being used to track wild animals, GPS, or “Global Positioning System” tracking devices are being adapted by some small- and large-scale farmers to manage their livestock, notably in Kenya, Botswana, and South Africa.

Tracking an animal is accomplished through either the bolus technique, in which an animal is made to swallow a tracking “tablet”, or through a microchip implantation or an ear-tagging technique. Once fitted with a device, GPS technology can precisely pinpoint an animal’s location and alert farmers whenever the livestock goes missing or is stolen.

In addition, the technology is being fine-tuned to give farmers the ability to control outbreaks of diseases. Explaining how the GPS system works on animals, Ebby Nanzala of the New Agriculturalist, an online magazine that focuses on tropical agriculture, says, “Through their unique numbers on the tag, they [farmers] are able to maintain the data. If there is a disease outbreak, it will be easier for it to be tracked and controlled.”

Mr. Nanzala adds that though the costs for such technology are high, the cost of losing animals to theft and disease is clearly higher. While allaying fears of the high cost of technology, he notes that with government support, “the [GPS tracking] chips will be very cheap and could be used and re-used for over 30 years”.

?Similarly, the UN Food and Agricultural Organization has created a GPS-based mobile phone application that will inform farmers of their animals’ vaccination schedules, veterinary treatments as well as disease outbreaks.