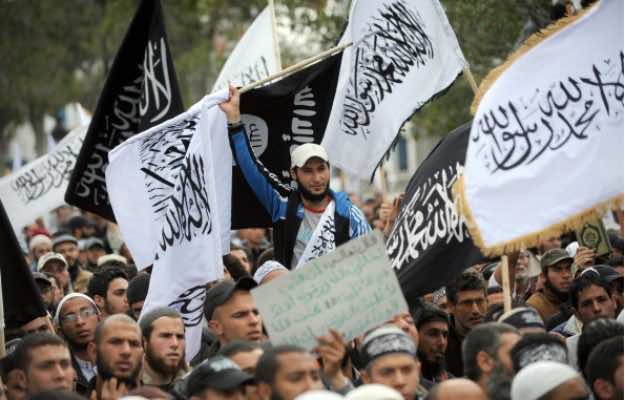 The Tunisian government will decide by Saturday whether to allow or ban Salafists from holding their annual congress, the interior minister said on Friday, warning however “death threats” from radical Islamists will not be tolerated.

“The government will not be swayed by death threats,” he added.

Rached Ghannouchi, who heads the moderate Islamist ruling party Ennahda, said earlier this week that the government had banned the hardline Salafist movement, Ansar al-Sharia, from holding their congress in the historical central city of Kairouan on Sunday.

Angered by the comments, the group vowed to go ahead with the gathering and warned that the government would be responsible should violence erupt.

“We are not asking permission from the government to preach the word of God and we warn against any police intervention to prevent the congress from taking place,” Ansar al-Sharia spokesman Seifeddine Rais told a news conference in Tunis on Thursday.

“The government will be responsible for any drop of blood spilt,” he said, adding that more than 40,000 people were expected at the Sunday gathering, the group’s third, in Kairouan.

Prime Minister “Ali Larayedh will answer for his policies before God,” Rais said, adding that “the Salafist movement is the object of systematic discrimination.

Minister Ben Jeddou on Friday warned that the government would not tolerate\ unrest.

“We have special forces to protect Tunisia,” he said.

Salafists advocate an ultra-conservative brand of Sunni Islam, and Ansar al-Sharia is considered the most radical of the extremist groups that emerged in Tunisia after the 2011 revolution that overthrew veteran strongman Zine El Abidine Ben Ali.

Since the uprising, Tunisia’s security has been severely challenged by the rise of militant Islamists, who are blamed for a wave of violence across the country.