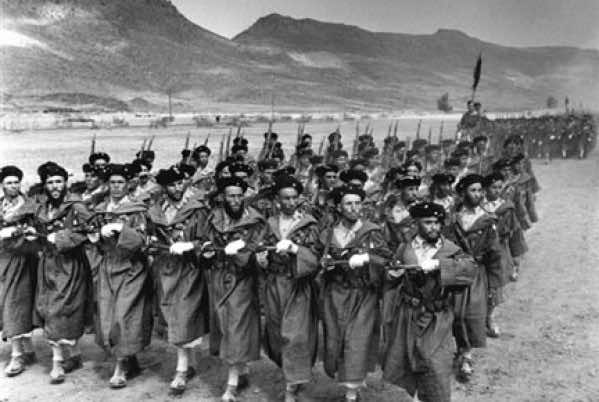 Known as ‘mountain warriors,’ ‘Goumiers’ , and ‘Goums,’ Moroccan soldiers who sided with the Allied Forces in World War II showed incomparable bravery and commitment to the fight for the freedom of Europe. Morocco which was still under the French Protectorate contributed with about 85,000 soldiers to fight against the Nazi and Fascist dictators between, 1942 and 1945. Historians believe that the total of Goumier casualties in World War II from 1942 to 1945 was 8018 of which 1,625 were killed in action.

In memory of these soldiers who fought gallantly and died in defense of freedom and dignity, as well as in defense of future generations, the Netherlands paid tribute on Thursday May, 16th to these soldiers and their sacrifice for world peace and welfare. Under a rainy sky and in a festive atmosphere, the participants in the ceremony honoring Moroccan Goums stood in awe and respect for the sacrifice these heroes made.

The commemoration ceremony of Moroccan veterans was attended by members of the Moroccan community in the Netherlands and the mayor of the city of Kapil, who hailed the sacrifice of Moroccans and their contribution to the protection of his country. In the ceremony that took place in the city of Kapil (Zeeland province), the national flags of the Netherlands, France and Morocco were saluted and the national anthems of these countries were performed. Also, the participants put wreaths on the graves of the Moroccan heroes.