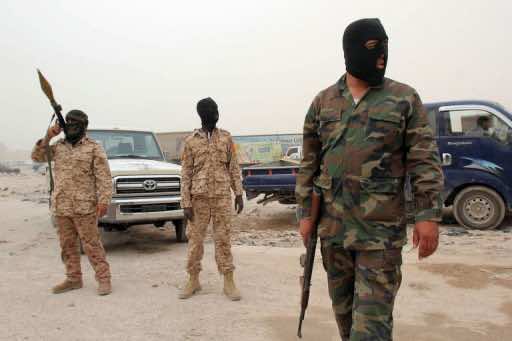 A drive-by bomb attack on a checkpoint in the heart of Libya’s restive second city of Benghazi slightly wounded a soldier early on Saturday, a security official told AFP.

“A bomb was thrown from a car at an army checkpoint at the Dubail crossroads in the centre of Benghazi,” the official said, speaking on condition of anonymity.

“The attack was carried out at around 2 am (2400 GMT Thursday),” the official said, adding that the identity of the assailants was not known.

Benghazi, cradle of the 2011 uprising against former dictator Moamer Kadhafi, has seen a spate of attacks on security forces and Western interests in recent months, highlighting the inability of the authorities to establish effective security in Libya.

The attacks are usually blamed on radical Islamists, such as the group which raided the US consulate in Benghazi last September 11, killing four Americans including ambassador Chris Stevens.

On Wednesday, gunmen attacked and set fire to a police station to avenge the death of a colleague during an earlier attempt to storm it.

And on Friday, a bomb apparently targeting troops guarding an empty school building caused damage but no casualties.