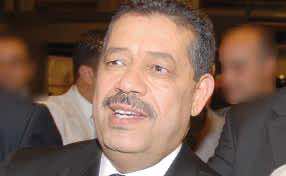 Hamid Chabat’s latest decision to withdraw from the Islamist-led coalition government has raised a number of questions, chief of which is: What is the real motive behind this unexpected and unprecedented move?

While the majority of Moroccans have not evinced any interest in what is going on in the political sphere, Istiqlal Party and the Justice and Development Party (PJD) remain involved in a game of mystery, challenges and threats.

Among the questions often asked is: Who is going to pay the price for what is happening? Whereas Hamid Chabat, Secretary General of the Istiqlal Party, places the blame on Abdelilah Benkirane, Morocco’s head of the government, for not considering a cabinet reshuffle, key members of PJD attribute Chabat’s ulterior motives to his fears about the possible success of the current government.

In addition to the economic and social crisis gripping Morocco, the stagnating political scenes have pushed the key Istiqlal Party members to demand change. Withdrawing from the government in a democratic manner, Chabat stressed, would be the last resort.

“The decision made by the Istiqlal party is institutional; it is the decision of the whole party. We have resorted to withdrawal only after running out of suggestions for the leading government, “announced Abdelkader Kihal, a member of the Independence party committee.

On the one hand, some supporters of the Justice and Development Party point out that the efforts that the Islamist-led government is making must be recognized.

On the other hand, followers of the Istiqlal party gave Chabat’s bold decision a standing ovation given that unemployment rates in Morocco are on the rise, that corrupt high-ranking officials have not been brought to justice as was promised by the PJD and that the lives of the Moroccan masses have not improved in any way.

Jamal Rouchdi, a Masters student of law told MWN that “regardless of the motives lying behind the decision to withdrawal, change must be made; Moroccans are not satisfied with their current situation.”

Mohamed Agzoum, an active member of the Sidi Ifni UGTM union said that “since the PJD’s rise to power, state employees have suffered greatly due to the deducted sums from their salaries and to the remarkable absence of promotions for teachers with a B.A. or an M.A.”

A pro-PJD university teacher told MWN that “the PJD-led government must be given enough time to prove its diligence, credibility and strong willingness to bring about better changes for Morocco. Deciding to withdraw from the coalition government cannot mean anything but a sign of impatience and failure on the part of the Istiqlal Party.”

Morocco is witnessing an unprecedented political upheaval, which is being compounded by the polarized attitudes regarding the right way to lead the country out of its social and economic crisis.